You will feel the burn in this Hand Weights class! This is a whole body, floorwork class with Tracey Mallett that focuses on strengthening your arms and glutes. To do so, Tracey teaches you creative exercises that target individual muscles in your arms and glutes. Look forward to fabulous variations of Bridge, Kneeling Lunge, and the Side-Lying Series. Enjoy this go-to workout with Tracey!
What You'll Need: Mat, Hand Weights (2) 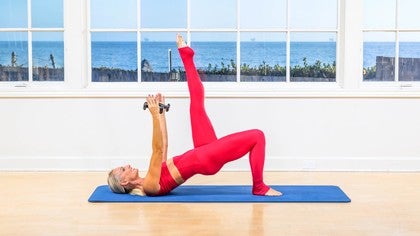 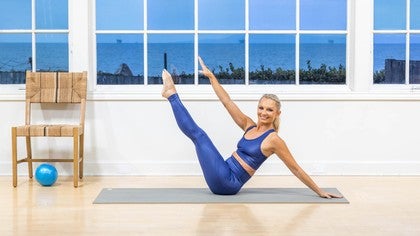 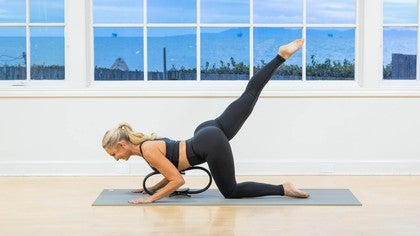 Cigdem A
1 person likes this.
Awesome class; thank you Tracey

Jennifer E
1 person likes this.
Perfect workout to start the week! Thank you for all your amazing classes, Tracey!

Sylvana M
1 person likes this.
like so much! thanksssss

Saphira B
1 person likes this.
Excellent class, and challenging! Thank you.

Joni N
1 person likes this.
Awesome work because you offered an awesome class. Direct to favorites!

Kelly A
1 person likes this.
Loved this!

Carla
2 people like this.
Amazing session, Tracey! Really like that this workout was easy on the knees - hope you can make more of these types of workouts for those of us with knee issues. Thanks for sharing your radiant joyful energy with us. 😀😀😀

Niamh O
1 person likes this.
Great class. So much in a short time. Lovely choreography.
Top Skip to Latest
Showing 1-10 of 27