Have fun while working your abdominals with this challenging Reformer class by Carrie Pages. While it is a full-body workout, she focuses on movements that incorporate flexion and target your abdominals. She starts with Standing Footwork that flows into Mat work on the carriage then moves into useful variations ef exercises like the Hundred, Teaser, and much more.
What You'll Need: Reformer

Go to this Program Playlist
This Video
Abdominals, Front Body, Creative, Fun May 05, 2022 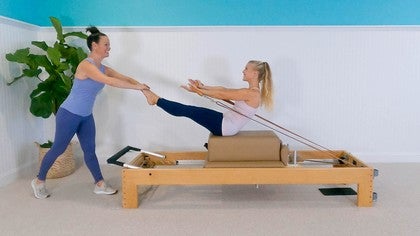 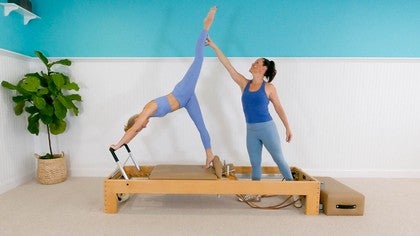 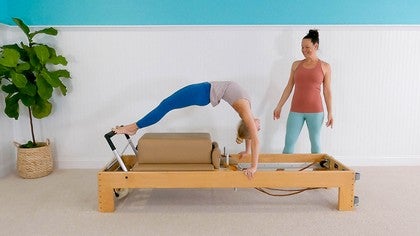 Marci S
1 person likes this.
Wow!  Loved this class!  Carrie - I really appreciated the cueing and set up for 100's, that was an amazing way to really tap into the abs.  I am definitely going to be using that one on my clients.  Great build ups into the tougher exercises as well, I will definitely be repeating this class often.

Cindy K
1 person likes this.
Loved this class!  Your cueing always make a difference! I am loving your new reformer series!  Thank you!

Liya O
1 person likes this.
I’ve just started to watch, and a que toes&bar that ingages the abs was something new ( delicious) for me, I’ve already used this cue on my clients :) Thank you !!!

Berit B
1 person likes this.
Thank you Carrie! Your cueing is always so helpful.  And, also always fun and enthusiastic!  This was a really fun and challenging class.