Use the Magic Circle, an accelerated tempo and fun variations to get you going in this class. Get the feel of the positions first, then push the limit a bit by increasing the pace, or challenging the position. A great class for keeping you focused while doing the work.
What You'll Need: Mat, Magic Circle

Go to this Program Playlist
This 40 minute Magic circle class is a complete workout that has a good balance between st... Jan 11, 2010 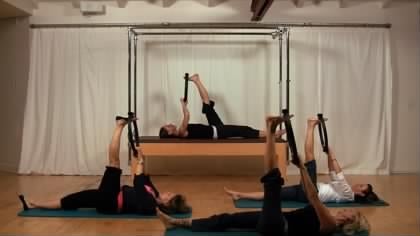 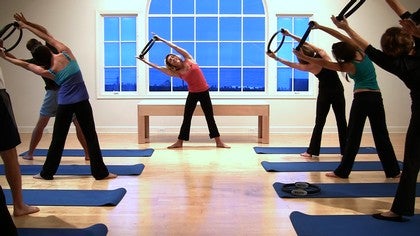 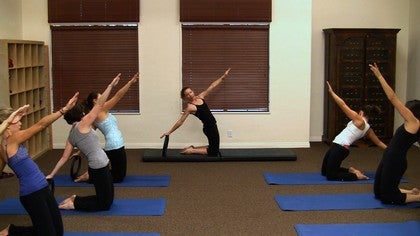 Elaine F
I liked the accelerated pace and using the Magic Circle while doing my pilate's exercises. Add this to one of my favorites-Thanks Adrianne!

Valerie B
1 person likes this.
Great classic pilates workout with the circle- Love the option of the shorter workouts at a faster pace! Thanks again!

Yoly N
I agree , liked the faster pace and shorter class. The teaser variations with the magic circle and the twist were lots of fun.

Joanne H
Wow! Great class! I needed this this morning!

Jennifer S
The lightening round....great pace. Especially loved the end of session with Teaser variations plus the beginning lowering STRAIGHT down to mat and using ring as measure for RLB. Thank you!

Pele
Great pace and a good use of 40 min. I seem to get a better workout from classical style than other styles IMO.

Joni N
2 people like this.
The 40 minutes went so fast! As far as "humbling" goes...keeping my head in touch with the ring during rolling like a ball was a capital H!

Sherry B
Loved the pacing and the variety of exercises incorporated into the class. Outstanding time on task!

Claire F
1 person likes this.
good, clear, fast pace. It is a 2 /3 class. you must know the breathing because she doesn't que that. I really liked it and will do again. :)

Jodie
loved this class, once again teaser kicked my butt.:)
Top Skip to Latest
Showing 1-10 of 21