From the original exercises to today’s creative movement patterns of the standing Pilates repertoire, this class combines flow of movement with a challenging choreographed program. This standing Reformer course will enhance any reformer class and creates a dynamic program that honors the past but adds a contemporary vision of the Pilates work. You are sure to enjoy this class from returning distinguished instructor Kathy Corey.
What You'll Need: Reformer

Stand up with Pilates! - Playlist 3: Fun on the Reformer

Go to this Program Playlist
Viktor Uygan's Reformer workout uses minimal spring change so you can focus on flowing through each movement. Aug 11, 2016 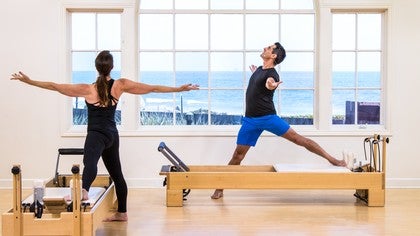 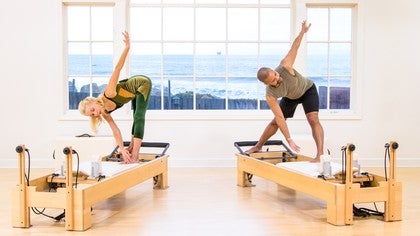 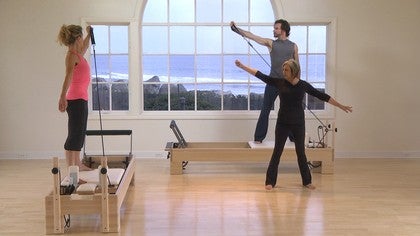 Laura A
3 people like this.
Thanks Kathy! This looks like so much fun! I can't wait try this class out!!

Zuleima H
2 people like this.
Great class, thank you Kathy.

Pele
2 people like this.
I loved the variations. But would have liked a bit more clarity... like heels up or down on the shoulder rests? More clarity on the cross ankled elephant. Round or flat back for these innovative exercises. Arms crossed. At the wrists? towards the corners of the foot bar? It would be helpful to tell us those things beforehand to minimize confusion. Lovely class though.

Robyn Baxter
1 person likes this.
Thank you Kathy Grant!! I really appreciate the novelty of this standing series (for me) and the pace of your teaching was ideal. Wonderful class- very deep work.

Elizabeth Y
I loved the variations on exercises I've done or taught.

Kristi Cooper
Thanks everyone... I see Kathy today... I'll direct to her all your feedback in case she hasn't already seen it.