In this Mat Workout taught by Meredith you'll get a little stretch, a little strength and a little of everything else. Enjoy going deeper into flexion, rotation and extension using the Theraband. Energetic, full body BASI Flow™ class.
What You'll Need: Mat, Theraband

Go to this Program Playlist
This Video
In this Mat Workout taught by Meredith you'll get a little stretch, a little strength and ... Jul 01, 2012 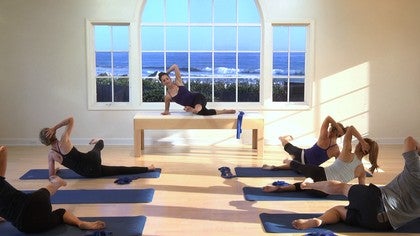 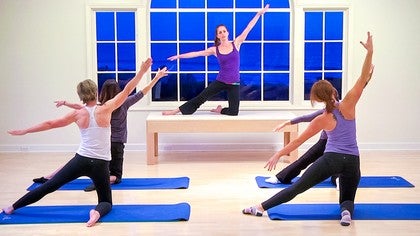 Mat Workout
Meredith Rogers
Level 2
30 min
BASI Pilates®
#682
This class focuses on creating resistance within ones own self to increase intensity of ex... Feb 29, 2012 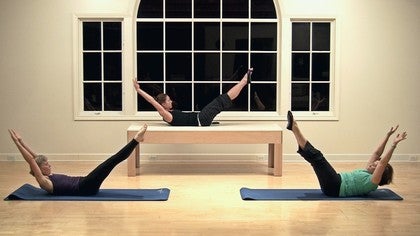 Joni N
1 person likes this.
Lovely Sunday morning surprise!!! I was promised a little of everything and instead got a lot of everything...fav teacher, fav role models and fav prop. Thank you.

Annie M
1 person likes this.
Meredith, thank you for the warm welcome and the wonderful class. I forgot how hard that class was until I watched it! I miss you! Thanks for helping me have the best birthday a girl could have! And thank you PA and Kristi. You have no idea how special this was to me. I am forever grateful! XO

Annie M
1 person likes this.
Oh I also forgot to mention, Stephen and I think Deb and Helen are total Pilates studs!

Jamie K
1 person likes this.
Great class Meridith, I broke a nice sweat for sure. You pulled out all the stops. Excellant cueing. And thank you for the stretching.. I needed it!

Meredith Rogers
Annie, it was FANTASTIC meeting you and I'm glad your birthday was special. I thought about you guys all that weekend. Come again soon please. And yes...Deb and Helen are STUDS!

Janis F
2 people like this.
one of my favorite classes so far! I loved using the theraband. Thanks so much meridith! Queing was perfect

Phil P
1 person likes this.
Really liked this workout Meredith - it was a nice change with the therabands.

jas
1 person likes this.
A beautiful workout. Meredith is one of my favorite teachers. Her instructions are clear even though I only use my iPad to watch Pilatesanytime's videos

Meredith Rogers
1 person likes this.
Thanks everyone for your encouragement. I so appreciate it!
Top Skip to Latest
Showing 1-10 of 29