Distinguished instructor Jillian Hessel brings her 30 years of Pilates experience into this class she calls Dance-ilates. Dance-ilates is an energizing fusion workout designed to stretch, tone and strengthen your core and improve your posture. It combines the benefits of yoga, dance, and Pilates with a motivating soundtrack to get your heart pumping and your spirit smiling. If this is your first time taking class we recommend you watch the 10 minute introductory video where Jillian explains the terms she uses in this class. You can find that class here Class ID 799
What You'll Need: Mat, Table Chair

Go to this Program Playlist
This Video
Distinguished instructor Jillian Hessel brings her 30 years of Pilates experience into thi... Sep 19, 2012 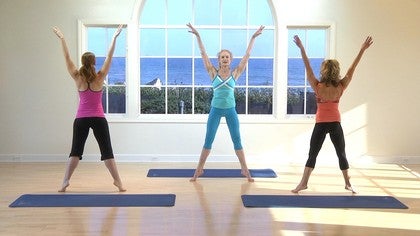 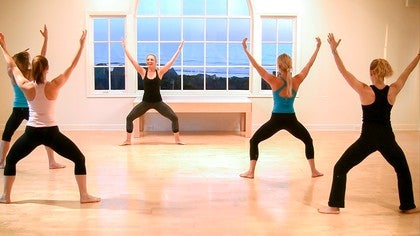 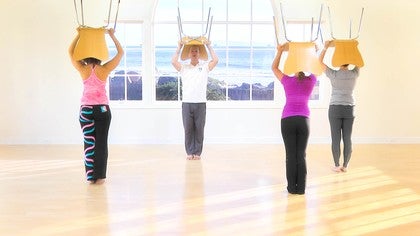 Yugonda D
6 people like this.
Amazing Class !!! Thank You SO Much :)
I didn't realize I had been smiling nonstop until about 25 minutes into the class ~ WoW

Jamie K
2 people like this.
Oh you bad bad people!! This looks so wonderful. I wanted to jump right up this mornng when I saw Jullian Hessel and start doing this one! Soon as I get past surgery and rehab this knee, this one is going to be on play list of the things I been dying to do !! My list is getting pretty big, you guys have such amazing classes & I know big ones to come!
It makes me smile just to think of it..

catherinedmr
1 person likes this.
Do take care, Jamie. Hope your recuperation is smooth and rapid. It is a joy to be able to move and be active, and you will be able to soon.

CJ
4 people like this.
wonderful class, I have all your pilate floor dvd. It was so good to see you again. This class was all around. little bit of everything.You look beautiful as ever. thanks for sharing this with us. we all love you Jillian. blanche.

Dalya H
3 people like this.
This class was amazing for me. I am 61 and I could keep up! not difficult to follow and I feel great.
Thank you so much!

Kerry
3 people like this.
Lovely class; opens everything and brings mindfulness to everything. Thank you Jillian, what a lovely, personable and calming instructor you are.

kimathomas
2 people like this.
I was a ballet dancer for 16 years but haven't danced in about 3 now. This was a great intro class to get back in shape. Thanks so much!

Pepper
2 people like this.
Still smiling - it was Fab