Cathleen Murakami gives a few tips to help you work on your feet in this tutorial. If you have pronated feet, supinated feet, or just want to increase your strength, you will enjoy the different exercises that she teaches.
What You'll Need: Overball, Theraband

Go to this Program Playlist
This Video
Cathleen Murakami gives a few tips to help you work on your feet in this tutorial. Nov 22, 2013 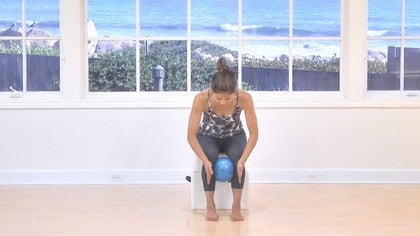 Foot Tutorial
Cathleen Murakami
Tutorial
10 min
Synergy Systems®
Tutorial
Watch Next
Niedra Gabriel teaches a Toe Corrector tutorial that works both the fingers and the toes, opening up lines of energy up the legs and arms. Mar 21, 2014 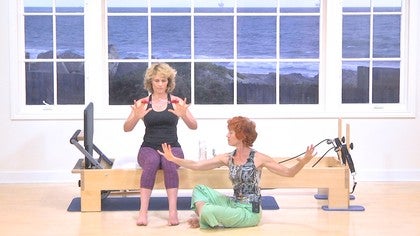 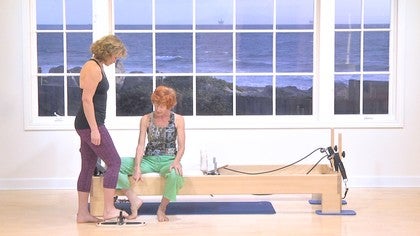 Annie M
2 people like this.
Thank you! This is just what I needed!!!

Cathleen Murakami
@ Maria, @ Kristine, @ Annie....I know...tedious but it works with consistency!! Thanks for commenting.

Cathleen Murakami
@ Jitka......thanks for taking the time to watch both tutorials and comment! Love knowing you find them helpful.

Violet M
1 person likes this.
Thank you for this! I am not traveling, but broke all my left foot metatarsals in April and the angel sweeps exercise is new and helpful.

Joni N
1 person likes this.
You mention offering some theraband exercises for the upper body in some future class....going to return to PA to tape it? Enjoyed your neck release class and appreciate it didnt require a prop...but I am one of those who DOES travel with my theraband!

Cathleen Murakami
1 person likes this.
@ Violet...yipeee - angels on your feet
@ Joni Nichols...why, yes...returning this summer for some filming...theraband is such a fabulous tool and so packable.....I will do my best to incorporate something into my classes......email me again though : cathleen@synergypilates.com in mid July to remind me!!

Debbie K
1 person likes this.
Thank you so much for sharing these simple but effective exercises.I"m having terrible foot issues and am realising how little there is out there concerning the feet and related dynamics.I supinate and the toe taps work great on my shins although I would have loved a greater explanation of what's happening anatomically,I realise I have to be more consistent with my foot exercises too .
Top Skip to Latest
Showing 1-10 of 15