The Story Of My Song

"Life is a collection of experiences: the things we have done, the way we have lived, the people we have met who challenged, guided, and shaped our views. An extraordinary life is one where we pass on what we have learned with generosity, passion, vigor, and honesty."

Kathleen Stanford Grant (August 1, 1921 - May 27, 2010) was a dancer and first generation Pilates instructor. In addition to dancing, she has been an assistant choreographer on many projects, administrative director for the Dance Theatre of Harlem, and on the board of different programs for the arts. She is also one of only two people who was certified to teach Pilates by Joseph Pilates himself.

Kathy was referred to Joseph Pilates by dancer Pearl Bailey, after knee surgery. After just a few years, she began to teach at Carola Trier's studio and then later ran the Pilates program at Henri Bendel's Department Store. At Bendel's she taught the stores affluent patrons, as well as dancers from many companies in New York.

In 1988, she began to teach at the Tisch School of the Arts. She trained students, professional and retired dancers, and non-dancers. It was at Tisch where she developed her vocabulary for students to learn about and strengthen their bodies before doing the Pilates work. This later became known as Before the Hundred.

You can learn more about Kathy Grant by looking at her Timeline to see her many accomplishments.

The Story of My Song courtesy of Cara Reeser Pilates© 2013 All rights reserved
What You'll Need: No props needed

Go to this Program Playlist
This Video
Learn about the life of Kathy Grant, one of only two people who was certified to teach Pilates by Joseph Pilates himself. Oct 09, 2013 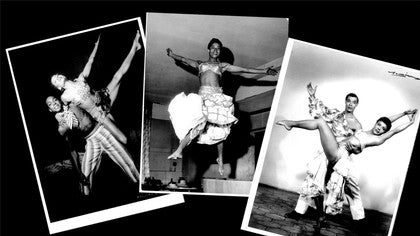 The Story Of My Song
Kathy Grant
Documentary
45 min
Pilates History
#1247
Watch Next
Pilates Anytime is proud to share with you this biographical film exploring the life of Romana Kryzanowska entitled “The Eternal Flame.” Jun 30, 2014 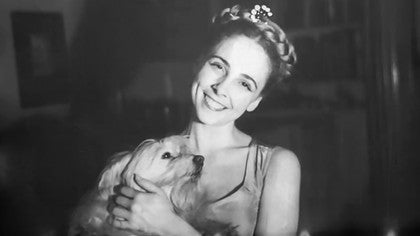 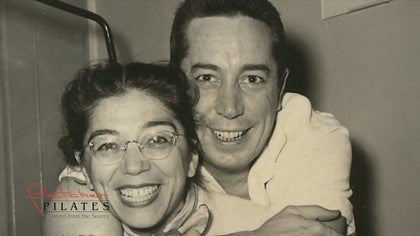 Lee A
1 person likes this.
Thank you Cara. Beautifully told. An incredible woman

Kirsty H
You must miss her so much. Thank you for letting us in :)

Bonnie L
3 people like this.
An absolutely beautiful and touching story of Kathy's life. Well done Cara and thank you for bringing her into our lives.

Reiner G
3 people like this.
WOW! That was just great. What a wonderful documentation for this great teacher. Thank you Cara Reeser and Pilates Anytime!

Kerstin B
Thank you! Wonderful!

Kathy T
4 people like this.
I think my heart might burst! Such a wonderful and moving tribute....wish I could have been in her audience.....thank you for sharing her voice and her magic!

Summer D
2 people like this.
Deeply touched and inspired! Thank you!

Julie A
Thank you so much for this. It is a jewel like the lady herself.

Jennifer W
2 people like this.
Wonderful and inspiring! Thank you Cara! I look forward to meeting you in November at POT. Amazing project Kristi! Thank you for all of your hard work!
Top Skip to Latest
Showing 1-10 of 85