Michael King sits down with Kristi Cooper in this fascinating interview about his life of dance, fitness, and Pilates.

Michael takes us through his childhood in Northern England and how he discovered dance, which led him to study Pilates with Alan Herdman in London to rehabilitate a back injury from dance. Michael then took the opportunity in the 80's to work with Houston Ballet, developing their Pilates program and traveling the US to study under various instructors such as Romana Kryzanowska and Carola Trier. In the early 90's he moved to Los Angeles to teach at Karen Voight's fitness studio.

For Michael, Pilates is a training system to get the body to move better. He developed Pilates Spirals classes to help bring movement back into the body. We hope you enjoy learning more about Michael King and the background behind his creative classes.
What You'll Need: No props needed

Go to this Program Playlist
This Video
Michael King sits down with Kristi Cooper in this fascinating interview about his life of dance, fitness, and Pilates. Feb 07, 2014 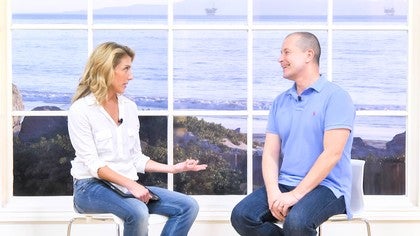 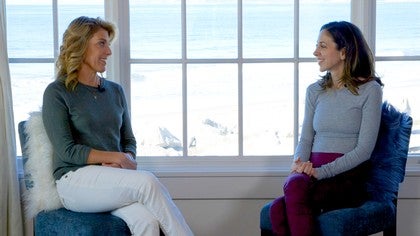 Conversation on Fear
Mariska B. & Kristi C.
Discussion
35 min
Non Pilates
#3452
Kristi Cooper sits down with Deborah Lessen for a discussion about how she started Pilates... Jul 22, 2013 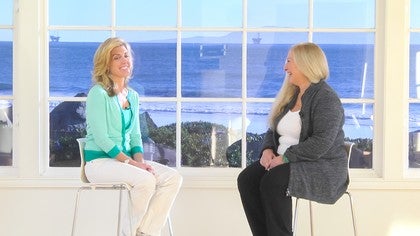 Kerry
2 people like this.
Great interview! Thank you for bringing us this Kristi, and thank you Michael! What a lovely interesting man. Please come back many more times.

Lita O
3 people like this.
Wonderful! Thank you, Michael King and PA for sharing this charming and inspiring interview!!!

Heikki L
Loving these little easy going discussions with great and experienced teachers! It´s a bit like meeting them in person. A big source of inspiration! Thank you Michael & Kristi!

Carine B
1 person likes this.
Thank you Michael and Kristi for this interview. I really liked your picture Michael when you where a little boy. I have known you since now 25 years and I really enjoyed to know more about your life. Just stay the way you are. Love Carine

Kirstin Jean S
I trained with Michael and he is one amazing teacher! I took so much inspiration from his course at pilates institute that I still use in my classes today!

Patricia I
1 person likes this.
Great to hear Michaels stories, he is a wonderful inspiring man. My life completely changed when I met him and trained with him many years ago and now i am privileged to be tutoring for Michael King Studios. He is an amazing and open minded teacher.

Stacey L
1 person likes this.
Fabulous , honest and inspiring.
Love your classes which I take online. Keep them coming.

Lani G
What a wonderful afternoon. Thank you Christi for all your hard work and for interviewing my favorite teacher on Pilates Anytime. How incredible is this concept that from anywhere in the world we have the privilege to connect to the best. Thank you and please get Michael back so we can learn more from his world of movement.

Lani G
Apologies Kristi not with a C.

Cheng Z
These interviews are beautiful and heartening.  Thank you Kristi and PA team for your vision.
Top Skip to Latest