In this discussion, Kristi talks to Founder and CEO of Balanced Body (formerly Current Concepts) Ken Endelman, about his integral involvement with the Pilates community since he made his first Reformer in 1976. Learn more about important Pilates history as Ken explains the basics of the infamous Pilates Trademark Dispute and how it came to be that he took the lead as defendant in this 5 year battle, which involved just about every major player in the Pilates community and culminated in an 11 day trial. Ken also shares how he felt when he heard the verdict and the implications winning the lawsuit has on Pilates today.
What You'll Need: No props needed

Go to this Program Playlist
This Video
In this discussion, Kristi talks to Founder and CEO of Balanced Body, Ken Endelman. Jul 21, 2014 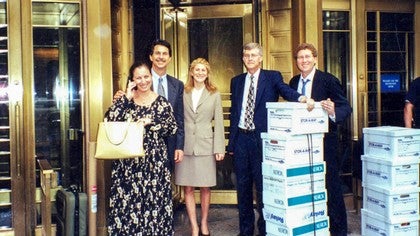 Ken Endelman
Ken Endelman
Discussion
1 hr 30 min
Pilates History
#1789
Watch Next
We discuss with Gordon Troy, one of the primary attorney's for the Trademark Lawsuit. Feb 16, 2015 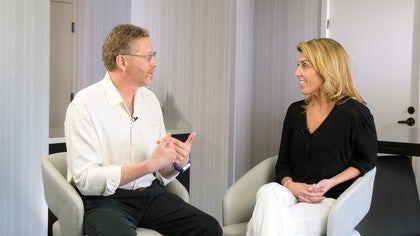 Gordon Troy
Gordon Troy
Discussion
40 min
Pilates History
#2034
Ken Endelman shares the truth about the myths and other interesting facts he learned about Joseph Pilates in his many years of research. Sep 29, 2014

Kim W
2 people like this.
Without Balanced Body, and it's incredible training program, I would not be teaching Pilates today. Thank you Ken and Nora! I teach on Allegro Reformers every day, and love them. Clients are impressed with their quality and ease of use. If I go bust as an instructor, I would gladly work for Ken and the Balanced Body team, even of I had to clean toilets. You guys rock!

Kristi Cooper
Thanks Kim. I'd love to hear your thoughts on the discussion too!

Kim W
3 people like this.
I have found the discussions regarding the lawsuit fascinating and informative. I barely knew what Pilates was at the time it was happening, so I'm not emotionally entrenched in the details. However, I believe if the verdict had been different, I would not have had access to the training I've had, and for that I'm grateful. I appreciate Ken's candor in the interview, and you, Kristy, asked excellent questions. Thanks for providing this.

Lita O
2 people like this.
Thank you so much for sharing this discussion detailing a significant time in Pilates history. I was not involved in Pilates at this time in history, but am grateful to Ken and all those who who helped to make the "P" word public. I have watched many of the personal accounts from others who were involved with the lawsuit - many of which offered small insights and opinions of the story. However, Ken's interview helps to give a broader and more detailed scope of the story. Very inspired by the tenacity of spirit and faith in our community. "Always fall forward" - very inspiring - thank you :)

Karen W
3 people like this.
Ken is a class act. When I attented the Fletcher Conference in 2013 I met him. I didn't realized who he was, that he owned BB. He helped me pick out an Orbit to buy at a reduced rate. He stood there talking to me for the longest time like we were old friends catchin up, only I'd just met him.
I enjoyed watching this segment, thank you Kristi!

Jennifer G
2 people like this.
Brave man! We can be thankful that today we can be who we are and do what we do as a pilates teachers/instructors.

Nikki Naab-Levy
1 person likes this.
Fantastic segment. I knew about the lawsuit, but never heard the details of what went down, nor did I realize how long it went on for. Such an important part of this community's history.

Thank you to Ken for sharing and to Kristi for hosting such an interesting interview!

Kristi Cooper
Thank you for watching Nicole. I also think it is an important part of this community's history and am grateful to Ken for sharing.

Kristi Cooper
Christine Huff, I appreciate your feedback very much. You're welcome.
Top Skip to Latest
Showing 1-10 of 16