In this tutorial, Dawn Marie-Ickes demonstrates modifications to traditional Mat exercises for those who have had or will have hip or knee replacements, in addition to those who have general hip and knee issues and are looking for a different insight into the exercises and their bodies. These safe and functional movements are important for faster recovery, as mobility is essential and staying connected to your body is the most important gift you can give yourself.
What You'll Need: Baby Arc, Overball, Theraband

Go to this Program Playlist
Ken Gilbert demonstrates how to open the shoulder girdle. Apr 04, 2014 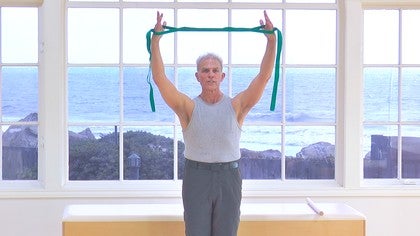 Shoulder Girdle Tutorial
Ken Gilbert
Tutorial
10 min
Fletcher Pilates®
#1336
This Video
Dawn Marie-Ickes demonstrates modifications to traditional Mat exercises for those who have had or will have hip or knee replacements. Aug 24, 2014 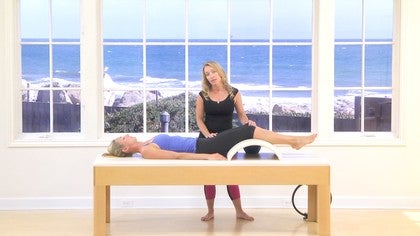 Hip and Knee Replacements
Dawn-Marie Ickes
Tutorial
20 min
Balanced Body
#1807
Watch Next
Wake up your stabilizers and test your balance in this Reformer workout with Madeline Black. Sep 08, 2014 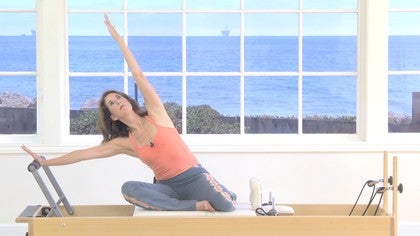 Tessa
Enjoyed this video! It's great to learn and see specific rehab reformer videos! Was wondering if the hip and knee precautions shouldn't be just a little more spelled out for clarity. (Don't think redundancy is a bad thing here) When doing the side leg series, it seems the hip gets very close to a 90 degree bent position. While I see the bottom hip needs and receives grounding, it doesn't seem clear that dislocation of a hip is being prevented here. Please advise.

Tessa
1 person likes this.
Yes, those are the precautions. I will look for more of the "rehab" videos. thank you! :)

Tina W
3 people like this.
Great tutorial, thank you so much! I would love to see more of those tutorial: Reformer work, rotator cuff surgery etc. Yeah Pilates Anytime!

Ann S
1 person likes this.
Thanks for providing some great info for TKR. This is my second and am having problems finding the right balance with exercise and rest. I keep reinjuring and have to start all over again. Would love to see more videos on knee recovering. Also now that I have both knees done any ideas on how to get on and off the floor?? Thanks again

Vanessa C
Great modifications! I'll be working with my first hip replacement client starting next week and I found this really helpful in my lesson planning. My client is about 8 weeks post op and was a client of mine before her surgery. Looking forward to putting these suggestions into practice.