This informative knee tutorial by Alan Herdman teaches you how to strengthen the muscles surrounding the knee in order to address knee pain, weakness, and other issues. This tutorial is meant for those recovering from knee surgery or trauma, or for those who are unable to use their knees correctly when taking a Reformer class because they use the joint, and not the muscles, to support the knee. In addition to the props listed, you will also need a pillow for this tutorial.
What You'll Need: Mat, Pilates Arc, Towel

Go to this Program Playlist
This Video
This informative knee tutorial by Alan Herdman teaches you how to strengthen the muscles surrounding the knee. Oct 31, 2014 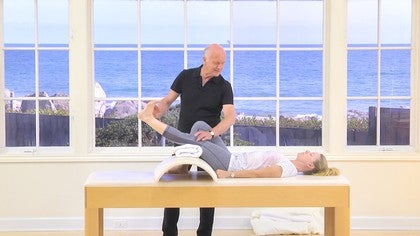 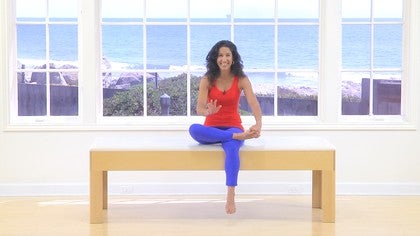 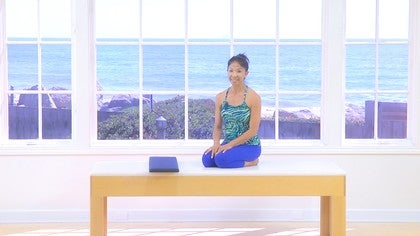 Lynn P
1 person likes this.
Great advice for a current client. Thanks!

Hydie
2 people like this.
Fascinating attention to detail! Very informative as to how the knee works, and hopefully how to assist in preventing knee injuries, as well as rehab.

Lena S
2 people like this.
Alan, could you please specify the range of movement for the exercise done from the sitting position? Does the pelvis stay still? Are feet a bit wider than hip width apart before we bend one knee for the starting position? Many thanks in advance

Penny M
Clearly presented. I'm looking forward to watching this again while I work to absorb this useful information. Thank you!

Jitka R
Thank you ! this is just what I needed to do !
Super helpful.

Nancy F
1 person likes this.
I am doing rehab for a subluxation of my knee cap during a ballet class and this information was very helpful. Thank you for a clear progression of muscles to strengthen and your detailed and thorough presentation. Lovely, Alan!

Diana A
Love this. I injured my knee two years ago and everything you describe as getting weak, got weak. I wish I had seen this back then! Thanks!
Top Skip to Latest
Showing 1-10 of 30