We partnered with Presentation Dynamics to bring you an audio version of Your Health by Joseph Pilates. Watch Kristi's introduction to find out a bit more about the book, and then listen to each chapter of Joseph's book. 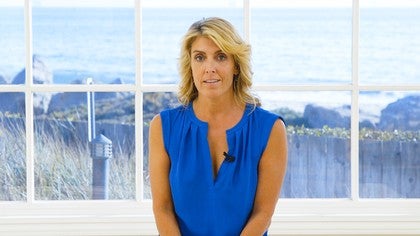 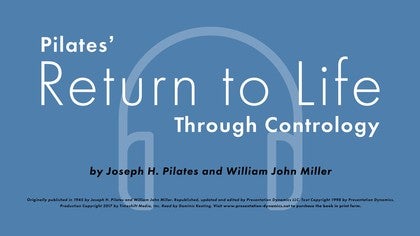 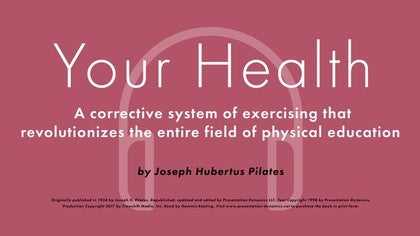 Thank You i'm starting to listen :)

Ted Johnson
5 people like this.
I found this really interesting. While it's heartening that Pilates has become successful, so many of things he talks about have unfortunately not improved much over the past 80+ years since this was written (for example, obesity and posture issues). Also, was overcome with curiosity about his bed designs talked about in the last chapter. Here's a Pilates Bed someone built, and A Youtube Video of Jospeh himself showing how the bed works.

Jo F
1 person likes this.
I am SO impressed with this Kristi. I will have ALL my teacher friends joining Pilates Anytime

Maggie L
2 people like this.
hahaha the Bed. Made me laugh!

Pia M
Thanks for this audiobooks!

Laurie N
Is there a way to get it to play continuously without restarting each chapter?

The chapters will auto-play in most web browsers, however Safari specifically blocks this functionality by default. Here's how to get it to work in Safari.

Heather W
1 person likes this.
I’m so excited to see audio books added to PA! Thank you Ted for posting a link to Joe demo’ing the bed. That bed looks amazing! Those are all the same positions I like to sleep in!

Paola Delfino
Can we put a subtitle please? thank's

Gia Calhoun
1 person likes this.
Paola ~ We hope to add closed captions to this video soon. In the meantime, you can visit Presentation Dynamics if you are interested in purchasing a copy of the book. I hope this helps!
Top Skip to Latest
Showing 1-10 of 11