On April 21, 2020, we held a live webinar with Maria Leone to learn about teaching private and group sessions online. She shares how she encouraged her clients to switch to virtual sessions and gives a quick demonstration on ways you can use items that people have around the house as props. She also encourages you to think outside the box and to shift your thinking about what your intention is so that you can help your clients and yourself stay grounded during this stressful time. 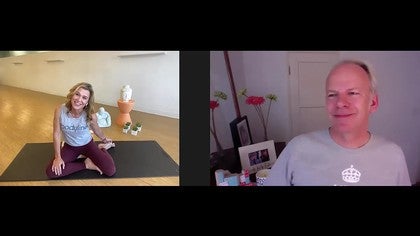 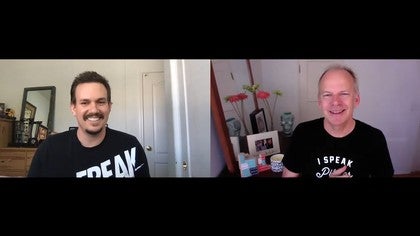 Angela M Tamborello
Thank you Maria and John, this was very helpful.

Lesley Powell
thank you Maria.  Lovely to hear how you are doing.  Much Love.  Lesley Powell

Susan F
Thank you Maria and John. I’m in Australia and still trying to get home to New Hampshire so this was very helpful for me. I need to start something with my clients and technology such as what we need to be doing, quite frankly, scares me. Your video has helped me to move forward.

Vicky
Hi John and Maria, this was super helpful. Thanks so much for this and thanks Pilates Anytime for your support with these Videos

Sharon C
Loving these sessions. Wonderful for you to organise and share these information. I don't feel quite so isolated and like Maria I need to feel that connection with my clients.  John you have such a lovely voice to listen to!

Sam Govoni
Thank you Maria and John for the information! In terms of ring lighting, does distance matter? I need to place my laptop roughly 3 meters/9 feet from my mat for a full body shot

Fern K
Such good information! Thank you so much. I especially liked all the ideas for using props that everyone has at home.