Set Up Your Virtual Studio

On April 30, 2020, we held a live webinar with Louise Johns to learn how to set up a virtual studio. She explained how she onboarded and trained her staff so they could teach remotely as well as what her studio is offering online currently. She also shared tips for framing your videos as well as making sure the audio and sound are good. 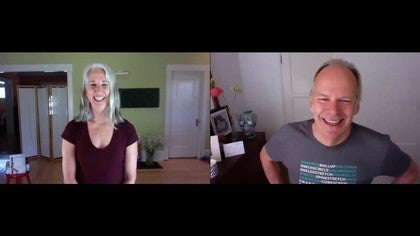 Becca A
2 people like this.
Thank you very much for all of the insight. I love these broadcasts, and I love the spirit of community that Pilates Anytime is creating.

Vicky
2 people like this.
Thankyou so much, these webinars are so helpful

Barbara F
1 person likes this.
thank you so much. Very useful! Good to know that I am not alone with this!
Skip to Latest