Gia Calhoun leads this discussion with Tela Anderson, Misty Lynne Cauthen, and Danica Kalemdaroglu addressing the issue of diversity and inclusion within the Pilates industry. They all share their personal experiences and difficulties as black women and Pilates teachers and what their vision for the future of the industry includes.

You can also watch the videos that were filmed as part of a donation event to benefit Campaign Zero, an organization that focuses on ending police violence in the United States. If you would like to donate to this cause, you can go to their donation page.
What You'll Need: No props needed

What is Campaign Zero? 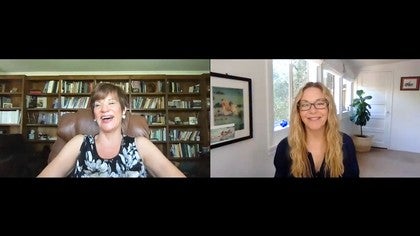 Roxana M
2 people like this.
Great work everyone! Yessss to celebrating our bodies.  Let's meet back here in a year and see what changes have taken place in the industry.

Lina S
1 person likes this.
Great initiative: let's hear the voices of our colleagues. Mentalities need to evolve, practices need to evolve. Everyone can take its share of responsibility.

Kyria Sabin
1 person likes this.
Kudos, Gia, for keeping this conversation moving forward in such a real way.

Gia Calhoun
Thank you, Lina and Kyria! These are such important conversations that we need to continue to have!

Hana K
1 person likes this.
Thank you Gia, Tela, Misty and Danica for your time, wisdom & real talk! As a new teacher to the industry I feel lucky to be able to hear these conversations from the get go & hopefully learn from your experiences. Looking forward to more! Hana.
Top Skip to Latest