How do you know when it's time to get a total hip replacement? In this discussion, Brent Anderson gives guidance based on his own experience. He talks about the research he did to choose the type of procedure he wanted, find his surgeon, and how he prepared his body before surgery.

Note: From about 20:57-22:42 there are images from Brent's surgery shown.
What You'll Need: No props needed

Go to this Program
This Video
Hip Replacement, Finding Your Surgeon, Picking the Procedure Apr 22, 2021 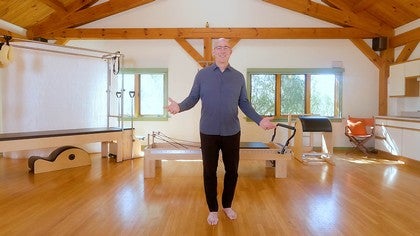 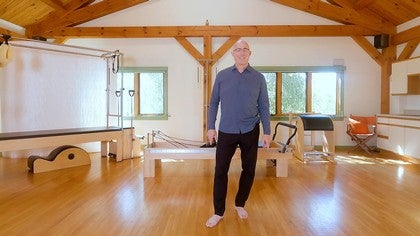 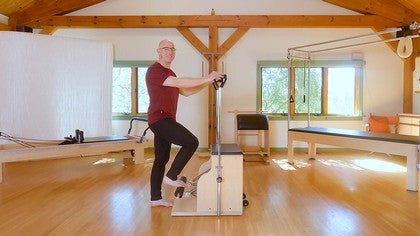 Ivan Z
2 people like this.
This series is amazing! As a Polestar trainee who is working with clients who have had hip replacement, it helps to understand the procedure they went through in order to organize the training sessions in a more efficient manner, not to mention carefully picking the exercises with anterior vs posterior approaches.

Bonnie L
1 person likes this.
So very interesting!  Looking forward to the rest of the series.

Genevieve Malcolm
5 people like this.
So helpful, Brent. Just wondering if the varus stance of yr left leg is new or related at all?

Brent Anderson
5 people like this.
The varus on the left is another old injury. Waiting for more perfection of the TKR.  Certainly feels better after hip replacement on the right.  All connected right?

Jocelyne B
I am thinking about hip surgery so this video series is timely and helps me a lot.  Thank you so much!

Genevieve Malcolm
2 people like this.
Thanks. Yep...all connected. Maybe this series might be a brainchild for similar series for other common procedures...? Labral tear repairs, knee arthroplasty, spinal fusions, stenosis surgery...just a long term thought...? I have fond memories of chatting at the back of the conference room in Tokyo when the Japanese speaker was presenting. X

Elayne Connery T
So great to offer this series! Looking forward to the rest of the episodes. Such valuable information.

Andrea H
Thank you for creating this series! Shortly after your videos were posted, I was told that I needed THR after living with hip pain for almost 20 years. You have given me some additional questions to ask as I interview a surgeon in July.

Jill B
So helpful! I am a past platform diver/dancer and now Pilates instructor living overseas and working in Shanghai so doing al this research from afar in the midst of COVID. I need the exact same surgery and I’m the same age as when you realized you needed the surgery. I’m very grateful for your openness to share!

ShiQing Fan
Empathy ！ So helpful， I still remember the first time I met you at China Polestar Meeting , I was so lucky to be a model ,you taught a amazing series of how to use Infinity bar ……You look much more happier now ！So glad to see these hip & knee series !!
Top Skip to Latest
Showing 1-10 of 11