Michael and Ton have Rhythm! You may have seen Joseph Pilates "Commando Exercise" before but we have never seen it done with such ease. Watch Colleen, Meredith and Monica "work and roll" around the clock in less than a minute. It's a fun challenge for anyone who wants to connect to the point of Pilates but only has a minute... literally! Have fun, work and pay attention to yourself, just for a minute. 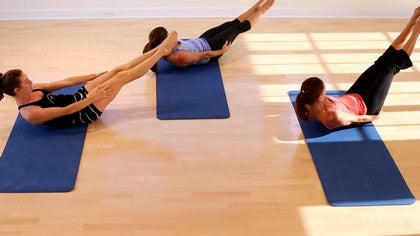 The Commando Exercise
Michael F. & Ton V.
Special
3 min
Michael and Ton Pilates
#819
This video shows what the various types of balls are used for in the Pilates practice. Mar 06, 2013 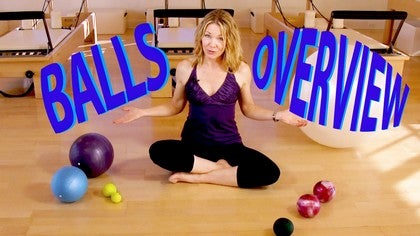 Pilates Balls Overview
Pilates Anytime
Special
3 min
Non Pilates
#1103
In these highlights from Kathi's workouts, you will challenge your stamina and help tone your butt, abs, and thighs. Mar 13, 2013 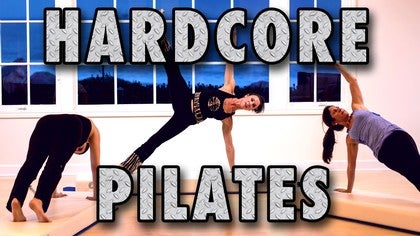 Jo Landis Shields
3 people like this.
I did it!

Janice W
1 person likes this.
OK, I'm laughing just thinking about myself trying this !!!! Love it !!!! I'm downloading the flyer !!! thanks so much

Karen E
Thank you so much that so much fun. I’m downloading and I‘m trying xx

Mat Work
1 person likes this.
Indeed, "The Commandoettes" and didn't they do it so well. Wonderful exercise.
More pure matwork from these two Romana Kryzanowska trained gentlemen!

Lauren M
1 person likes this.
Great! I'm taking it to my class tonight. Thanks!