In this Reformer workout, Niedra shares her secrets for how to make the exercises open up the body in a fabulous way. She uses the Foot Corrector and Toe Corrector to wake up the feet so they are ready to support the body. For the rest of the class, she focuses on placement and technique so you can feel what you need in your body and to put everything in alignment.

Go to this Program Playlist
This Video
In this Reformer workout, Niedra shares her secrets for how to make the exercises open up ... Jun 20, 2013 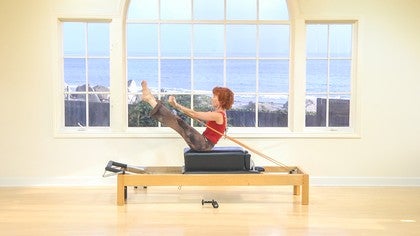 Reformer Workout
Niedra Gabriel
Level 1/2
40 min
The Pilates Guild
#1068
Watch Next
Wake your body up with this Mat workout by Niedra Gabriel. Sep 02, 2014 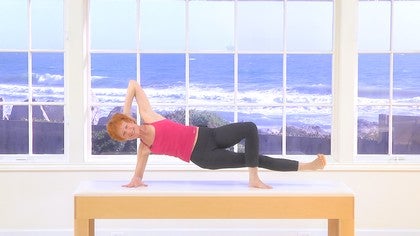 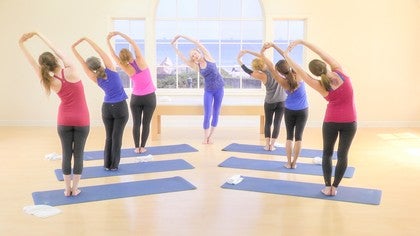 Mary M
Thank you Niedra for this wonderful class full of depth for the progression of the exercises. Your details and ques were so easily explained and gave a new insite for the basic foundation for each exercise! Loved it!

Niedra Gabriel
Mary, I so appreciate your enthusiasm and expression. I see that you are a committed teacher and can appreciate the inner workings of the method. I wish you much success in your work.

Kerry
Niedra, that was fabulous. Thank you so much for sharing your "secrets". some I was familiar with but some new. Especially rolling back on the short box, very helpful to take away the fear factor.

Lynn P
2 people like this.
Niedra's, this was such a great class. Absolutely everyone always needs to pay attention to these basics not matter what level you are at,as we all tend to speed through these. Love all your tips to helps get our clients what they need, especially when they are afraid. I can't wait to start "Integrating" these useful explorations with myself and my clients. Thank you, thank you.

Niedra Gabriel
Very happy to know you found the tips helpful Lynn. I see that you are a teacher and we all need our " bag of tricks" to help make the method bite on our clients. Enjoy the work.

Niedra Gabriel
Hi Kerry, Sorry - My last post was intended for both you and Lynn, I presume that was what you were referring to with ??

Anna S
Niedra, Thank you for providing such in depth insight on these basics. You are an amazing resource. I so appreciate Pilates Anytime for these gifts as an instructor- so invaluable!

In long spine stretch, you were coaching a parallel positioning of the legs. I have been taught with external rotation (diamond shape to the shoulder blocks). Do you find there is better value to teach a beginner parallel and avoid external rotation? ( as you noted the natural tendancy to drop knees and go wide anyway)

Tonya C
i really enjoy your classes... as a dance instructor and a student pilates teacher your wisdom as really helped me learn to become a better teacher and student. Thank you so much!

Niedra Gabriel
Thank you all for your feed back and comments.
Anna- to answer your question: from my persepctive, working parralel or turned out is what I call " teacher's choice", they are both valid placements of the legs within the exercise, so the deeper question is, what will benefit the client more? what is the teacher trying to challenge the student on? those are more complex concepts for the teacher to reflect on as in truth, there are many ways to " do an exercise" and each variation has benefits. I know this is NOT an answer to your question, just my sharing how my mind works and what I try to answer within myself when I am working out a client ( or myself) what does this body need today? to get the most life flowing through ?
Top Skip to Latest
Showing 1-10 of 20