Amy teaches a lower body blast for this Mat class, which is a continuation of a Podcast episode she did in April. She does 10 repetitions of every exercise to give your lower half an intense workout. Your legs will be longer, more toned, and ready for the summer after this workout.

You can watch Amy's episode, Tone Your Hips, Thighs, and Glutes, with this class to get amazing results. This class is also a great supplement to any of our Mat classes.
What You'll Need: Mat

Go to this Program Playlist
Cara Reeser teaches a standing workout using the Theraband that works your entire body in a short amount of time. Dec 16, 2015 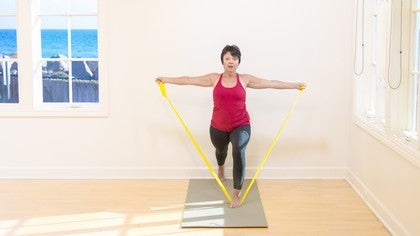 Standing Workout
Cara Reeser
Level 1/2
5 min
Cara Reeser Pilates Aligned
#2376
This Video
Amy teaches a lower body blast for this Mat class, which is a continuation of a Podcast episode she did in April. Jun 01, 2013 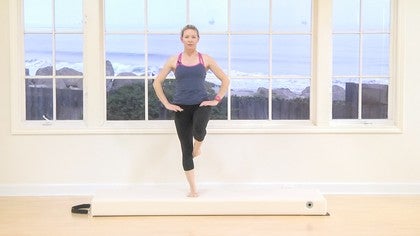 Mat Workout
Amy Havens
Level 1/2
20 min
Pilates Conservatory®
#1069
Watch Next
If you don't have time to get down on the floor for a workout, then you will love this Standing class with Tracey Mallett Jul 27, 2015 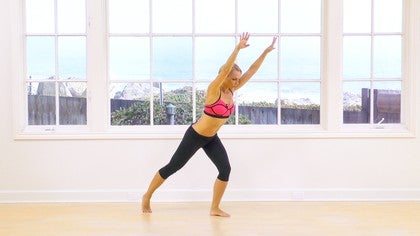 Kerry
1 person likes this.
Great quick lower body workout, and nice to see you're not perfect all the time Amy ;)

Amy Havens
1 person likes this.
Thank you Kerry! No.....definitely not perfect all the time, or ever really. It's a practice.....!!!

Helen F
1 person likes this.
What a wonderful class Amy, a great small workout to do in the early mornings as a preparation and motivator for my own teaching throughout the day. Thank you!

Teresa Z
Great class as usual. Will be adding this to my leg day workout. You are one of my fav instructors. Thanks.

Rena W
This is a great class when you're short on time and want to maximize your booti-ous maximus! LOL! Thank you Amy! I always appreciate your classes and feel awesome afterwards!

Amy Havens
1 person likes this.
Hi everyone.....wow, thank you! So glad you're all enjoying this little mini lower body workout. It really means a lot when you take the time to comment on my classes. It helps me know what elements you're enjoying and finding meaning in! :)

Val Robinson
1 person likes this.
Fantastic lower body workout! Loved it. Was a great start to my morning. Thank you.

Sandra M
2 people like this.
Always love Amy's workouts. She puts instructions in terms people can understand which is important to me and to them. Great workout.
Top Skip to Latest
Showing 1-10 of 88