Kathryn Ross-Nash teaches an accelerated Mat workout for the more advanced practitioner that focuses on the upper abdominals, obliques, side bending, Teaser variations, and twisting movements. Her philosophy with this class is to breathe, enjoy yourself, push the envelope, and move!
What You'll Need: Mat

Go to this Program Playlist
This Video
Kathryn Ross-Nash teaches an accelerated Mat workout for the more advanced practitioner. Apr 01, 2014 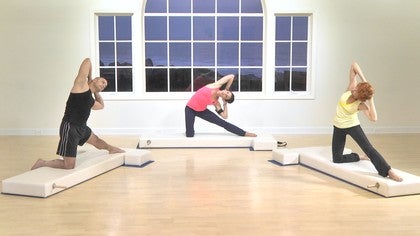 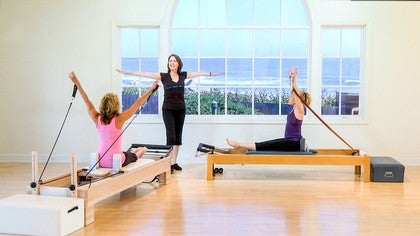 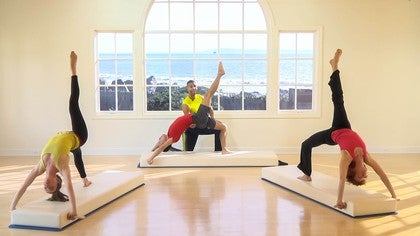 Emma G
2 people like this.
Hurray! Thank you! Love love love everything and anything by Kathi!

Kathryn P.
2 people like this.
That was great! Thank you!

Mat Work
3 people like this.
Who is the Gentleman dressed in Black please?

Ann M
1 person likes this.
What a workout. I thought 30 minutes would not be enough. Wrong! Thanks!
More level 3 accelerated! They are great.

David A
1 person likes this.
Great! Every time i do a Kathi's workout, i leave full of energy!

Kristi Cooper
1 person likes this.
Hi "Mat Work," The gentleman in black is a friend of the studio and student of Romana's named Alesandro. Care to tell us yours?

David B
1 person likes this.
Kathy when I see my face lights up, I really like your work, i love you so much
Top Skip to Latest
Showing 1-10 of 57