Say hello to your hamstrings, inner thighs, and quads in this Reformer workout Courtney calls Luscious Legs. She shows creative ways to use the Magic Circle and fuses a little yoga into the class with exercises like Warrior 2 and Crescent Pose on the Reformer. Courtney also sneaks in a little core and upper body work so your legs don't get too tired. Your legs will definitely feel the burn with this challenging class!
What You'll Need: Reformer, Magic Circle

Go to this Program Playlist
This Video
Say hello to your hamstrings, inner thighs, and quads in this Reformer workout Courtney calls Luscious Legs. May 12, 2014 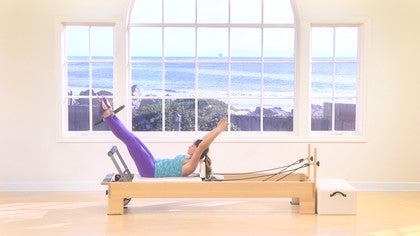 Reformer Workout
Courtney Miller
Level 2/3
40 min
STOTT PILATES®
#1619
Watch Next
Cecile teaches a standing Reformer workout that requires you to use control throughout you... May 28, 2014 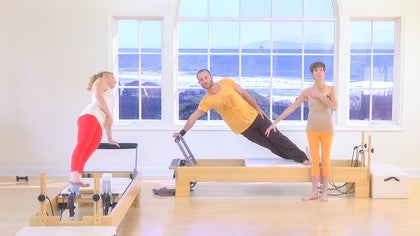 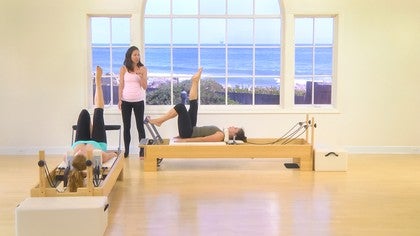 E Force
5 people like this.
Love this! I was looking for a leg challenge...I got it. Thanks Courtney :)

catherinedmr
2 people like this.
Absolutely know what you mean, Courtney, about when stress kicks in that we could stop and put legs in the straps. ahhh...... the reward!

Yugonda D
2 people like this.
Super Awesome !
I love how creative your work is Courtney :)

Shaline M
1 person likes this.
Love the athleticism in your workouts! Get outa my head! Yay! Thank you.

Holly H
2 people like this.
Great fun! Lots of creative movements and beautiful transitions. Just what my body needed after four days on the road!