Enjoy the unique opportunity to open up your chest and shoulders in this Spine Corrector workout taught by first generation teacher Ron Fletcher. In this class, originally taught in 1996, Ron flows from one exercise to the next paying attention to subtle details to make sure you are doing each movement correctly. By the time you are finished, you will be more aware and connected to your body.

Go to this Program Playlist
This Video
Enjoy the unique opportunity to open up your chest and shoulders in this Spine Corrector workout taught by first generation teacher Ron Fletcher. Aug 11, 2014 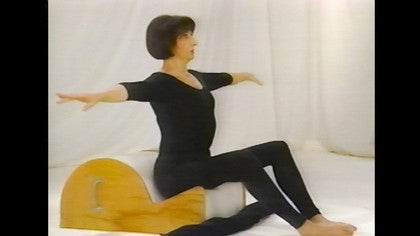 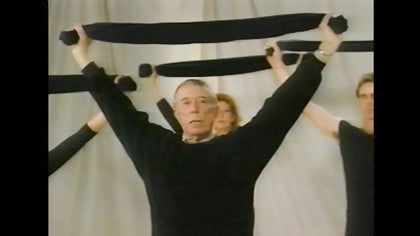 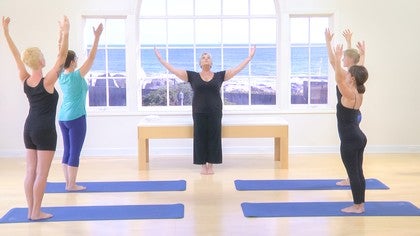 Helen H
That was an interesting blast from the past. Also interesting to see the way both movement and cueing has changed since 1996. Not to mention Kathy's haircut!

Molly R
this is such a super video…
Kathy you look great! who is the other man?

Hydie
Another great class with Ron! Thank you for sharing Kathy!

Gena F
What a delight to be in Ron's presence again. Thank you so much!

Ronnie G
3 people like this.
Even my puppy (aptly named Fletcher) stopped playing ball and listened to Ron, what a presence. Thank You Ron.

Ronnie G
1 person likes this.
And Thank You for sharing Kathy!

CJ
1 person likes this.
This was so good. To watch Ron. Great wisdom in Pilates. I Throughly enjoyed it. Thanks Kathy for sharing it on My pilates anytime. All using just an ordinary towel. Amazing. Best wishes, blanche.

Adriano B
Beautiful! Thank you Ron and Kathy!

Kristi Cooper
1 person likes this.
Molly the man in the video with Kathy is Patrick Dempsey.
Top Skip to Latest
Showing 1-10 of 16