Get ready to work your powerhouse in this Mat workout with Adrianne Crawford. She focuses on maintaining the scoop in your abdominals and finding precision in movement. Adrianne teaches mostly intermediate exercises, however, she throws in a few advanced exercises like Rocking to challenge Alejandro.
What You'll Need: Mat

Go to this Program Playlist
This Video
Get ready to work your powerhouse in this Mat workout with Adrianne Crawford. Sep 09, 2014 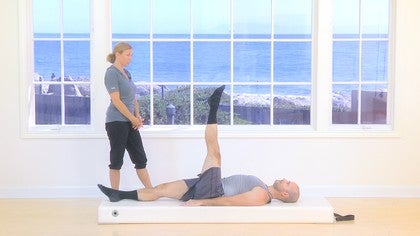 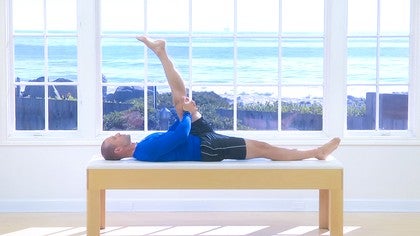 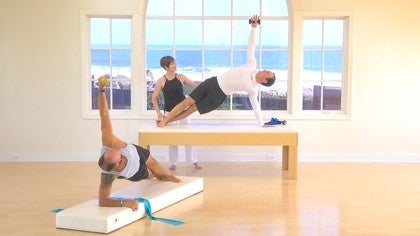 Christiane E
I absolutely loved the sequence thank you

Adrianne Crawford
Thank you all for your feedback, much appreciated!

Melanie C
This is a great quick workout, thanks!

Anissa W
Fantastic wake up and easy to do on travel!

Linda L
I love this workout!! unfortunately, FOUR times during the workout the video stalled and a window popped up to advise this video was not available. This has happened with the Dana Santee workout as well. I am able to stream from other sites so I don't know why this keeps happening here. VERY frustrating. I would love to know if anyone else has this issue or if anyone has a suggestion.

Maria Wheeler
Linda ~ I am sorry you are having trouble viewing the video. It may be your video player, so if you have already restarted your computer to clear away the processes that aren't running, I would suggest changing your video player settings by:

If your internet connection is slow on a particular day, it may require the video player options for "Low" or "Med," which should stream the video without any stops. If you continue to have issues playing this video, please email us at contact@pilatesanytime.com.

Adrianne Crawford
Sorry Linda, hope that got worked out alright. Thank you all for participating!
Top Skip to Latest
Showing 1-10 of 22