Anthony Lett returns to Pilates Anytime with a multi-joint, Reformer Stretch workout. He uses the contract and release method to stretch your back, side, and all of the muscles in your leg. This class requires an advanced level of body awareness, strength, and flexibility to hold some of the positions. Anthony recommends taking this class after you've already warmed up so you can go right into the stretches without strain.
What You'll Need: Reformer (No Box), Pilates Pole

Go to this Program Playlist
This Video
Anthony Lett returns to Pilates Anytime with a multi-joint, Reformer Stretch workout. Nov 15, 2014 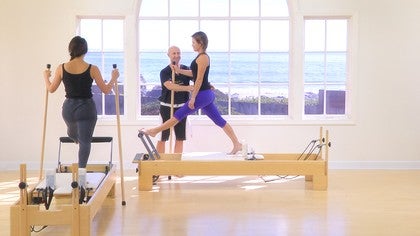 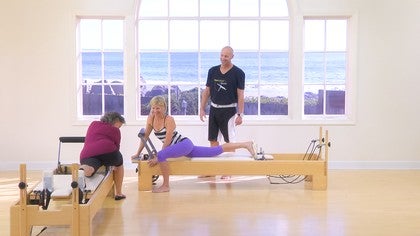 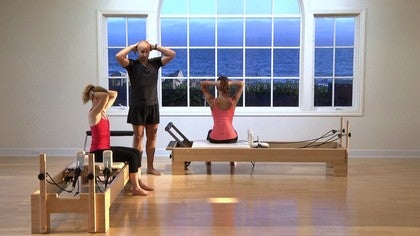 Zahra A
it was a very nice experience! i love love this class and I will do it again soon. thanks a lot

anthony
Delighted to hear it, Zahra :)

Zahra A
amazing class!!! Ive been doing this class anytime, and every time I join this class I still learn something new.
I had a question, every time I try to do the exercise with Pilates Pole, I feel lots of pressure in my knee(from the leg on the carriage) I've tried with red spring and other time I tried red and yellow springs together, yet i feel the knee from the foot on the carriage a lot. what can you recommend me please. thanks aloooooooooot

Clare R
This, and ALL your classes are phenomenal Anthony! I absolutely love them as I am always emphasising for myself and my clients the critical importance of stretching. That spinal rotation at the end was next level! I love the additional pec stretch as well as the delicious spinal rotation. Raving fan here from Ireland.

anthony
1 person likes this.
Thank you Clare! Such high praise! I'm glad you are enjoying it all. :)
Top Skip to Latest