You will find wonderful moments to check in with your body in this warm up on the Mat with Blossom Leilani Crawford. She teaches a routine that you can do daily, so you are ready for a traditional Pilates class or any other type of workout. She includes a few Cats, Green Room, the KSG Crossover, and much more!
What You'll Need: Mat

Go to this Program Playlist
This Video
You will find wonderful moments to check in with your body in this warm up on the Mat with Blossom Leilani Crawford. Dec 09, 2014 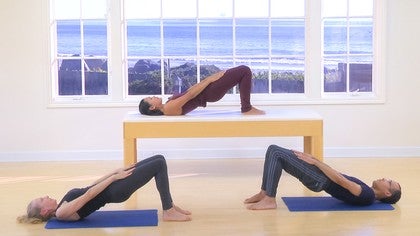 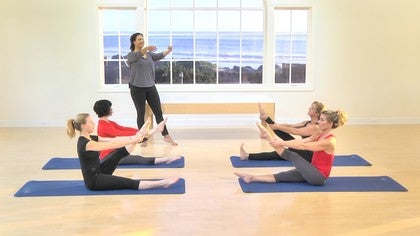 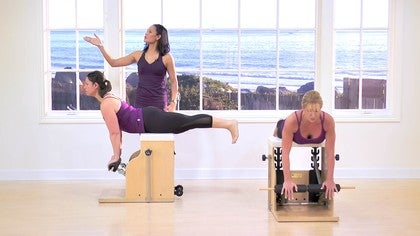 KIKE MARIN
2 people like this.
good morning
it's a beatiful way to wake up

Lynn P
1 person likes this.
Ah just what we need to get our bodies moving and ready for what ever. Thanks Blossom. 17 years of Kathy Grant has made you the great teacher you are! You must have cracked up when she said no T & A!

Blossom
1 person likes this.
This is supposed to be a wake up for the body. Enrique, I am so glad you got that. Lynn, I laughed almost daily with Kathy. She was fun!

Mindi K
1 person likes this.
That was delicious! Thank you so much:)

Rosemary
Thank you Blossom, I'm a huge fan of yours and so glad to feel another one of your great classes! Looking at the calendar to see when I can visit Bridge Pilates and give myself a treat. Also would love to catch your mat class at MM. All the best!

Blossom
1 person likes this.
Rosemary! I love that you said you "feel" another one of my classes. I am feeling the love. Aloha, Blossom

Patricia G
1 person likes this.
Fab Warm up . My first time to watch Blossom and she is inspiring ,love the descriptions !! looking forward to watching more from this fab teacher

Eimear G
1 person likes this.
Good one to reconnect after Yuletide excesses!