Get ready to work hard and strengthen your body without actually feeling like you are straining or pushing yourself too much. This Mat workout taught by Ed Botha is challenging, but Ed's calm demeanor and clear cueing make the class feel easier than it is. You'll work through Side Planks, Leg Pull Front, Knee Stretches, Rocking Prep, Push Ups, Balance Control, Kneeling Side Kicks, and more.
What You'll Need: Mat

Go to this Program Playlist
This Video
Get ready to work hard and strengthen your body without actually feeling like you are straining or pushing yourself too much. Dec 16, 2014 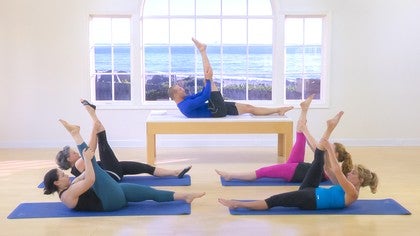 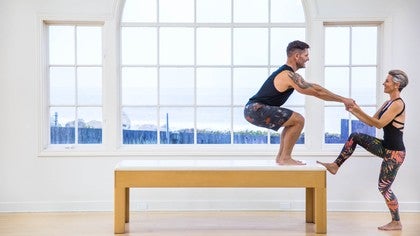 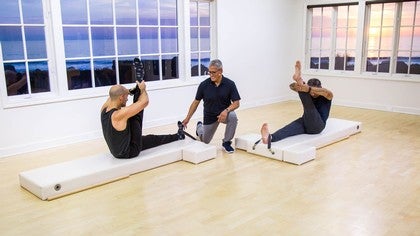 PILATES LOVE
Good transitions taught in a slow and controlled manner.
Would be nice to see longer warm up. A few more back exercises required. A lot of exercises on the wrists.

Nadine H
2 people like this.
I really loved this class, it was just what I needed today! Thanks Ed :)

Ed Botha
1 person likes this.
Thank you for your feedback!!

Janja T
4 people like this.
For me this class is a perfect example of a perfectly structured and well taught class. It has everything a workout needs in order to make you feel toned, stretched and satisfied in the end. I really like your style of teaching, Ed, it is so clear, calm and precise.

Samantha W
2 people like this.
Awesome class Ed! Great core challenge with wonderful instruction and precision. Just what I was looking for to balance out all the surfing and yoga :) Thank you!!

Ed Botha
1 person likes this.
Thank you Sam. I hope you got some good waves!!!!!

Beth
Can these classes be downloaded for offline watching?
Top Skip to Latest
Showing 1-10 of 39