Integrate spirals into your body with this Pilates Arc workout by Rebekah Rotstein. This class is a continuation on a circuit workout she taught at the 2015 PMA Conference. She works on finding connections to the entire body in each movement to improve form and function.

This is an advanced class that is safe for those with osteoporosis, however there are a few exercises which are contraindicated. For these exercises, Rebekah offers safe modifications that can be done instead.
What You'll Need: Spine Corrector, Pilates Arc

Go to this Program Playlist
This Video
Integrate spirals into your body with this Pilates Arc workout by Rebekah Rotstein. Feb 17, 2016 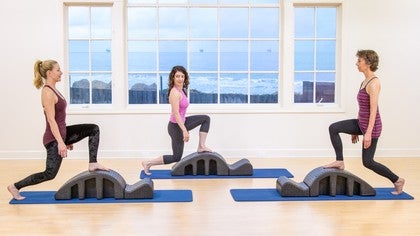 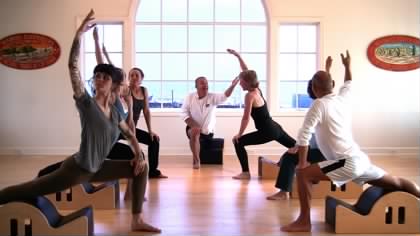 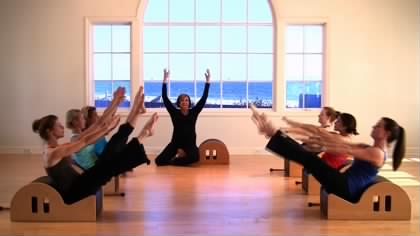 Paola Maruca
2 people like this.
My living encyclopedia is back!!!! (Rebekah, you know I call you like that

. I loved and enjoyed every single minute of this 'smart' class. As always, your cues are impeccable. Everything makes sense and you wish class never ends. Awesome...any chance for a class on the Wunda chair anytime soon??????

Rebekah Rotstein
2 people like this.
Cara mia Paola, ti adoro!!
Yes thank you as always for your sweet compliments. I was just at Pilates Anytime in December so we will see what is possible for the next visit! BACI!

Jocelyn N
1 person likes this.
Brillant Class,thank you Rebekah plus Amy and Ruth. So enjoyed all the Spirals,Feet, Hands Side Work, Standing Work.Need to invite Rebekah to South Carolina-Charleston to give us a Workshop? Love to have you!!!

Colleen L
2 people like this.
Question about the series seated on the apex, exercises single leg stretch and the figure 8 movement. If someone has degeneration in l4-l5, and sacrum, should those exercises be avoided since the feet are off the floor? I assumed so but wanted specific feedback on that to know for sure. thanks!

Colleen L
1 person likes this.
Also should the rotation in the standing series at the end be avoided with osteo?

Anne-Marie S
2 people like this.
So happy to see a new Pilates Arc class!! Thank you for this great class!

Melissa T
I cannot lie on that arc, its so hard. A cotton blanket layered over helps. I love this class and love your teaching Rebekah, thanks.
Top Skip to Latest
Showing 1-10 of 27