Play with the Overball in this Mat workout with Meredith Rogers. She uses the ball to help you find your stability and also to add a challenge to different exercises. She experiments with different ways to use the ball in fun variations of Teaser, Back Support, and much more!
What You'll Need: Mat, Overball

Go to this Program Playlist
This Video
Play with the Overball in this Mat workout with Meredith Rogers. May 28, 2016 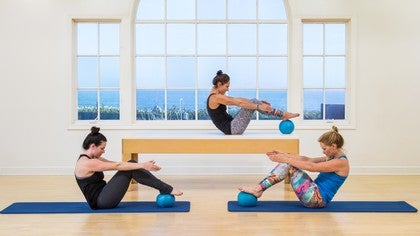 Mat Workout
Meredith Rogers
Mod. Pace
Level 2
40 min
BASI Pilates®
#2635
You will get a continuous flow for the entire class in this Mat workout with Meredith Rogers. Aug 27, 2015 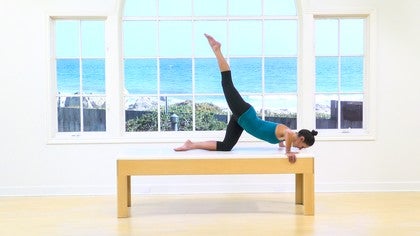 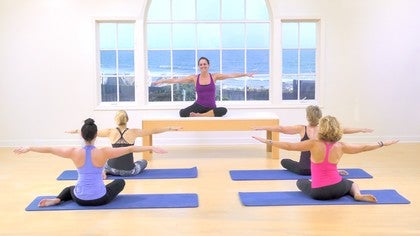 @debofit
1 person likes this.
Loved this class! Did it after intense circuit training and it was perfect to stretch tired muscles. Thank you!

Laurie C
2 people like this.
Thank you, Meredith! Been having some health issues lately which led me to not being able to workout for about a month or so. This was just what I needed! Please keep them coming!

Jacqueline D
3 people like this.
Lovely class, enjoyed using the ball , some challenging moves . Thank you .

Marci S
2 people like this.
Great Class - I loved the spine extension work with the ball, its a great tool for those of us who find extension difficult. This is now one of my favorites and I can't wait to try some of this with my clients!

Kathleen S
1 person likes this.
A class worth repeating...encourages use of the core safely anchoring in all of the right places. Wonderful ideas for those who over arch the lumbar spine and shoulder ROM issues. The overball is a great addition to pre-pilates, when the cadillac bar is just too challenging for clients and allows scapular rotation with back extension, also missing with the foam roller..

Larysa K
2 people like this.
Great class! Meredith you inspired me to teach overball class right away! Thank you