Work on the external rotation of the hip and humerus in this Reformer workout with Amy Havens. She uses the Rotating Discs on the Jump Board to get feedback for your ankles and hips. This is a great class for anyone who wants to strengthen their bones as it includes bone loading and minimal flexion.
What You'll Need: Reformer (No Box), Rotating Discs, Small Tennis Ball, Jump Board 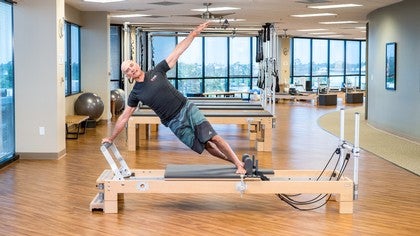 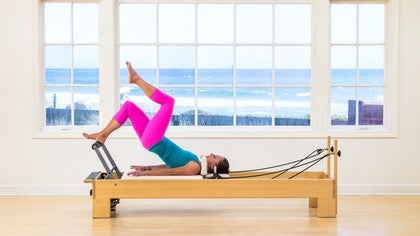 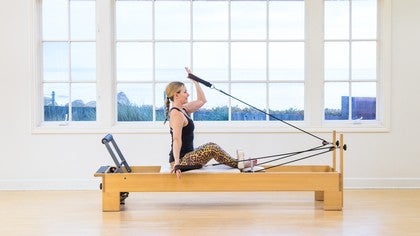 Connie M
1 person likes this.
Awesome Amy! This is going to be so good for some of my osteo people! I did this at home so I did not have the rotating discs, but it seemed to work OK with just really focusing on rotating my hips. Loved the handwork with the balls and the hand jumping. PS love your pants !

Doris K
1 person likes this.
Thanks Amy for this creative class. Now I have to get myself a second disc and play with some Velcro first. In the meantime, like Connie, I had to practice without the disc....I almost could feel how much harder it will be to stabilise with them. I used the weight balls initially for the arm work. Thanks for a great class. My Osteo clients will be thankful too!

Amy Havens
Thank you Connie and Doris. Without having the discs, we are still able to use the concept and the suggestion to inform to movement and the biomechanics. Glad you both found some elements to work with. :)

Amy Havens
Thank you so much Jennifer!

Amy Havens
Thank you so much Paula, glad you enjoyed this class!
Top Skip to Latest