Examine how you relate to the equipment in this Reformer workout with Kristi Cooper. She teaches a flowing class that is designed to challenge you without taking all of your energy. She encourages you to take inventory of your body to see how it is feeling so you can use just what you need during each movement.
What You'll Need: Reformer 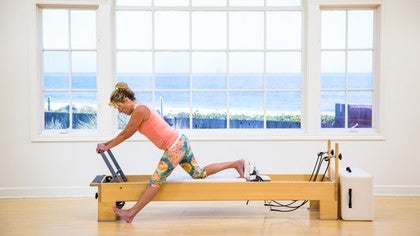 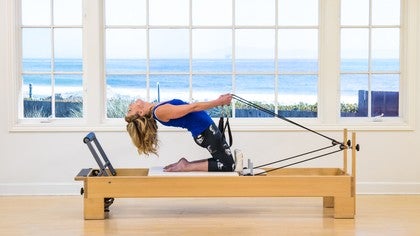 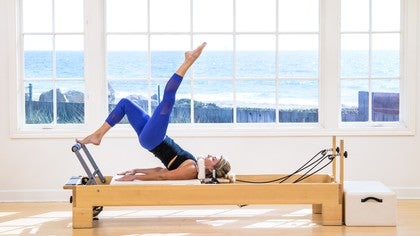 Lori
1 person likes this.
So happy to have a new Kristi Cooper class! Awesome, as always!

Christine H
1 person likes this.
Thank you for class Kristi. I hope you are doing well.

Stacey S
2 people like this.
This was a great class, Kristi. I loved the pacing and the cues. The side over version you did helped me tremendously.

Oksana P
2 people like this.
What a nice class! I feel great and my spine feels younger :) Enjoyed every minute of it. Thank you, Kristi!

Erika Quest
1 person likes this.
YAY, great to have a new Kristi reformer class up!

Terri D.
2 people like this.
Really great class Kristi! This goes into my favorite classes playlist, for sure!

Kristi Cooper
9 people like this.
Thanks everyone! I was very happy to be there that day.Christine, I am doing well, thank you. It has been a very slow process, but I feel like I can finally see the light again after my head injury. I'm trying to figure out how to write about the recovery, like I did the injury itself, but the truth is it is still very close and somewhat hard to believe or fully understand. The bottom line for me, is I'm on my way back, to what , I'm not fully sure! It's all good! Thank you for asking!
Top Skip to Latest
Showing 1-10 of 26