Use the Fitness Ball to mimic the movement of a horse in this Mat workout by Julie Driver. She continues on with her Pilates for Equestrian series, using props to give your body feedback. These tools will help you gain more awareness of your body so you can be in better synchronicity with your horse.
What You'll Need: Mat, Hand Weights, Fitness Ball, Theraband 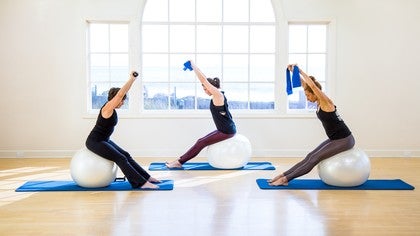 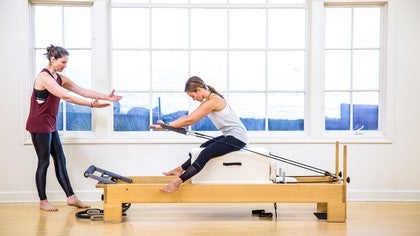 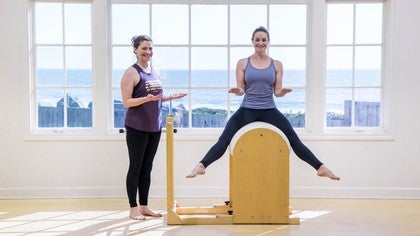 Alison Lloyd
2 people like this.
I'm not a rider but LOVE your style and explanations Julie!

Michele H
1 person likes this.
I love it! Please keep doing what you're doing Julie! You are amazing, I love your style too and the way your passion shines through!

Isabelle C
2 people like this.
Julie is calm and joyful. Very enjoyable ! Love the work with the ball and the band !

Yolanda S
Super use of the Fitness Ball, one of my favourite props.

Vanisha T
1 person likes this.
Really liked the ideas. Would have loved a longer class around using the ball.

Lisa K
We need a chair and Cadillac class too! More from Julie for Equestrians!!!

Julie Driver
I'd be delighted to teach more classes! The chair offers some wonderful work for Equestrians!

Lisette-Anne V
That was short and sweet. Very nice. Thank you.

Catherine G
Very helpful class. It will translate perfectly for my mountain biking clients! I loved your giggles! Thank you.
Top Skip to Latest
Showing 1-10 of 12