You will feel freedom in your movements with this Wunda Chair workout by Rebekah Rotstein. She incorporates spiral patterns and balance challenges into the class to help you find connections in your body. She also layers different sequences of movement so you can incorporate these connections to your daily life.
What You'll Need: Wunda Chair, Pilates Pole 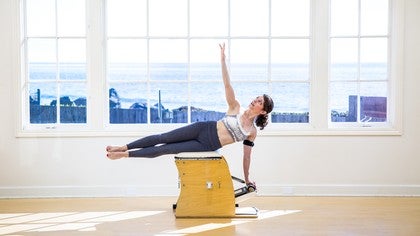 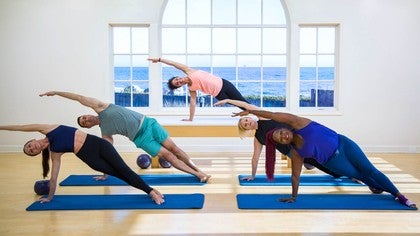 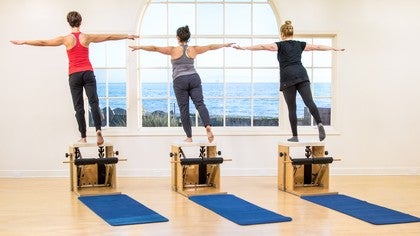 Anke W
2 people like this.
I really loved your wundar chair workout because of the fluent movements you incoopareted in. I think that's the first workout on the chair I have seen in PA which is not so static. Some of the movements remind me of the Garuda method. Would you recommend these exercises to your osteoporosis clients?

Tereza G
2 people like this.
WOW what an amazing class! Thank you so much for all the tips, rotational movements additions and freedom of movement encouragement! It's always so hard to spring the chair right. I find I always have it too heavy or too light so I had couple of epic fails lol.
I have particularly tight thoracic spine and I felt amazing afterwards!

Denee D
1 person likes this.
Rebekah, I've been waiting for a good, stretchy, chair class. This was perfect and challenging. I often go back to these types of classes because they feel so good. Thank you so much!

Ileana V
2 people like this.
Thank you for variety and inspiration.

So many classes here are carbon copy .

Esmeralda B
3 people like this.
Fantastic class I loved it.
I speak little english and I can not express myself well, but in summary, I found it incredible. Tomorrow, I start to practice it. Thank you very much from Madrid, Spain.

Luda C
1 person likes this.
Fantastic class!! Great explanation of every movement!!Than you very much!!

Luda C
Fantastic class!! Great explanation of every movement!!Than you very much!!

Luda C
1 person likes this.
Fantastic class!! Great explanation of every movement!!Than you very much!!

Holly H
2 people like this.
Beautiful and innovative as always, Rebekah!

Jackie H
2 people like this.
Thank You for the really hard work out! Loved all the rotation and freedom to move.
Top Skip to Latest
Showing 1-10 of 37