Let go of unwanted tension in this Reformer workout with Kristi Cooper. She teaches Elise and Rhiannon, who are Mat-based teachers from Perth, Australia. She pushes them on the Reformer, encouraging them to relax their feet and hands so they can connect deeper to the center of their bodies.
What You'll Need: Reformer 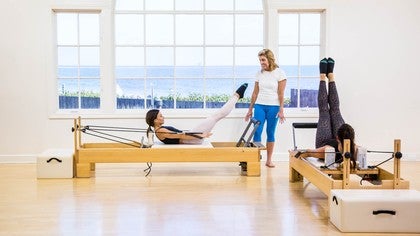 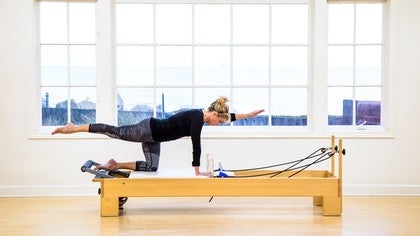 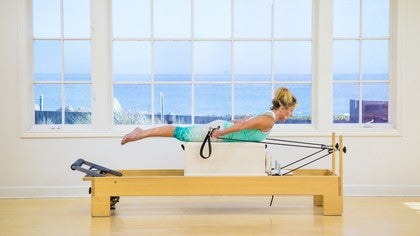 HK
3 people like this.
Always such a beautiful blend of exercise and instruction (and good humor) in your classes. Thank you.

Jill
2 people like this.
Thanks, really enjoyed the challenge of the short box, side lying work.

Brenda C
1 person likes this.
Kristi! I love this session. Just what I needed. Always a treat

Z A
Thank you once more. Loved this one.

Julie K
It's so helpful to watch you teach!  I love your demos, too.  But, as a new instructor, the real payoff for me comes from videos like this one!  Thanks soooooo much!!

Patti S
Thank you Kristi - loved variation of the 100's and to keep the carriage as still as possible-very thoughtful and concise cueing throughout, and something to aspire to

Kate A
Love the cues!
Top Skip to Latest