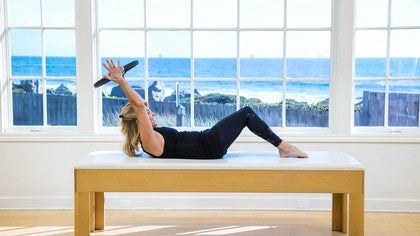 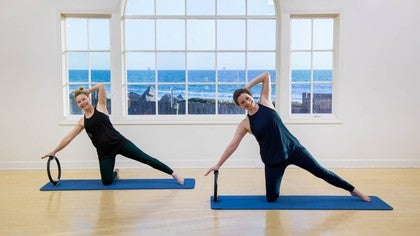 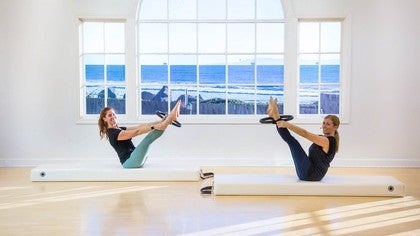 Alice P
2 people like this.
very beautiful, thank you, i was hoping for something like this from you :)

Vivian B
4 people like this.
love that assisted tricep pushup. what a great idea!

Practical Pilates
4 people like this.
Such a wonderful class and your energy always brightens my own.  Thank you!

Marina C
4 people like this.
Loved the two way stretches! Thank you!

Sharon B
2 people like this.
Your cueing is so great! I love your classes! Always a little something new, too.

Kristi Cooper
1 person likes this.
Thank you all for joining me in class again. Vivian That push up variation taught me to do it well originally and now helps me with my shoulder injury.  I'm glad you like too!
Sharon, I'm really glad to hear you found a little something new within the cueing of this class.  I love it when that happens for me (often!)

Cigdem A
1 person likes this.
Unpredictable movements with your great cueing with magic circle made my day; I always find it a bit hard doing push ups but with magic circle I have done it easily; thank you so much Kristi

Georgina S
2 people like this.
Fantastic - thank you Kristi! This was my first pilatesanytime class. Let’s hope they’re all as great as this one! I feel really ready for the day now!

Sharon C
2 people like this.
Loved the abdominal work, always lovely when you cue us to focus on our body to choose positioning at times. We all appreciate one position doesn't suit all. Thanks kristi
Top Skip to Latest
Showing 1-10 of 65