Learn how to train a client into new habits with this basic workout by Meredith Rogers. She teaches Tucker, who recently broke one of her ribs, demonstrating a real-life teaching situation where you have to change your plans when something comes up. In this first session, they work on connecting to the deep abdominals to initiate each movement.
What You'll Need: Reformer (No Box), Mat, Mixed Equipment, Theraband 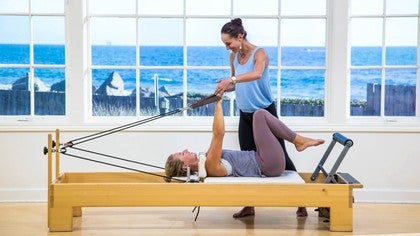 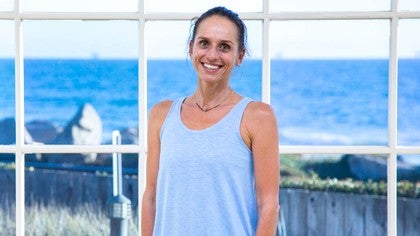 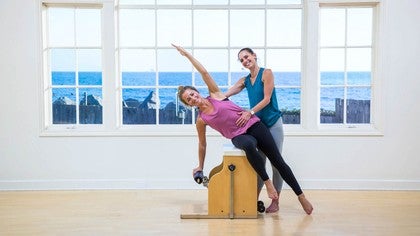 Bonnie L
4 people like this.
Really enjoyed seeing this session done with a “real” student!  I wish my students had her commitment and focus!!  Appreciated hearing your thoughts as you taught the session, Meredith.  Great job both of you!  Thanks!

Lori
1 person likes this.
I enjoyed this session immensely.  A lot of good information for me to practice along with Tucker.  I also really enjoyed seeing Meredith’s joy when a new connection was made.  What a wonderful teacher you are Meredith!

Meredith Rogers
1 person likes this.
Thanks ladies!!  Keep your eyes out for more classes with Tucker.  We are doing quite a few.

Connie Y
2 people like this.
loved this class - I'm 10wks postpartum and this was a great way to get me to be more aware of my core getting back on the reformer. There's a reason why Meredith is my favorite instructor!

Meredith Rogers
Thanks connie! Definitely a great way to build your strength back up!!

Dawn C
1 person likes this.
This is a great lesson- I am Tucker! I have struggled with rib problems and lost the transverse connection somewhere along the way. I feel sure practicing along with Tucker will help tremendously. Thank you!

Meredith Rogers
Dawn how awesome for you to get to learn with Tucker.  Unfortunately, this project has been understandably put on hold for now but we will pick back up again as soon as we can.  Until then, please enjoy and keep practicing the ones that are so far on site.

Amy S
1 person likes this.
Meredith that was AWESOME thank you! I have never sweat so much during my Pilates breathing exercises :) My body could never get enough of this kind of practice, thank you.
Top Skip to Latest
Showing 1-10 of 13