You will come to know yourself and how your body feels inside with this somatic meditation by James Crader. This is part one of a three-part series on "human-ness" that is inspired by his experience in learning about primal streaks and the sensations that come from this work. He focuses on finding expansiveness throughout the body, particularly the Sitz Bones so that you can heighten your awareness about what you are feeling.
What You'll Need: Table Chair, Reformer Box

Interoception in Movement
Watch this workshop to learn more about interoception. 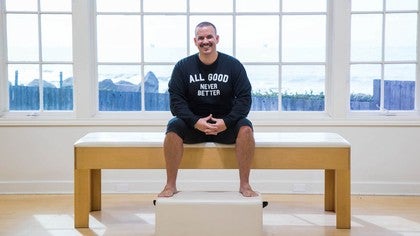 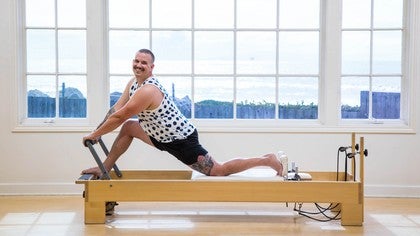 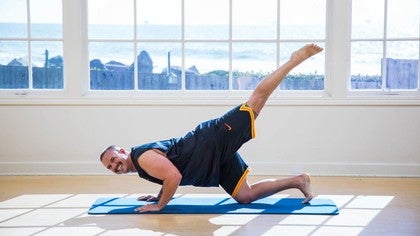 Julie L
1 person likes this.
This is absolutely awesome, thank you James. Creating space to reduce tension and anxiety. For me, this helped me to open my tight left hip and breath better. Your teaching style is also very soothing while at the same time being very focused and informative.

Filippo F
2 people like this.
Here u are at last!! Long time no see! I love the way u teach, indeed. That's it.

James Crader
1 person likes this.
Julie Thank you!! Yeah ... this awareness practice has helped me to do the same with my left hip. I'm so glad you enjoyed it and found it useful. Looking forward to reading what you think of the next two upcoming classes that use this mindfulness practice as a guide.

James Crader
Filippo I really appreciate that ... Glad you found the new video! There'll be two more coming out over the next couple weeks. Looking forward to reading what you think about them as well.

Duangduan C
1 person likes this.
Awesome James, Somatic Meditation class it is very good and help me a lot. I never played attention about How I sit. After I saw this class make me think and the way you are explain it is very helpful and good to know a lot of things you teach and looking forward the next class thank you.

Julie L
1 person likes this.
I really look forward to your next class James. By the way, I included some of your meditation in my Pilates class here in Australia last night, and it had a lovely impact. So, thanks again.

Bonnie L
1 person likes this.
Glad you are back!  Can’t wait to watch and practice what you have coming up!

James Crader
Duangduan Thank you! I appreciate your comment, and am so happy to know you found the meditation helpful. I'm looking forward to your thoughts on the upcoming two classes that add to this experience.

James Crader
Julie YEESSS! I love to hear that the work was accessible and implementable.

James Crader
Bonnie Me too! Once you've had time to play with the material ... please let me know what ya' think!
Top Skip to Latest
Showing 1-10 of 43