Kristi Cooper leads you through this grounding Mat class using the Overball. The ball will provide information for your body so that you can execute traditional exercises with a deeper connection and understanding. If you don't have a ball, a small couch pillow can work as a substitute. Go deep and enjoy!
What You'll Need: Mat, Overball 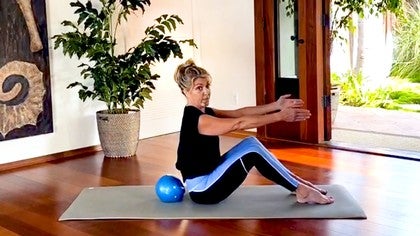 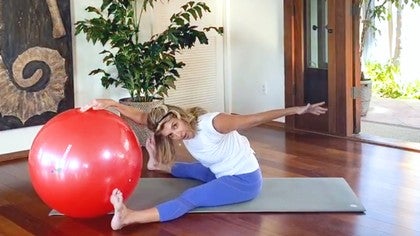 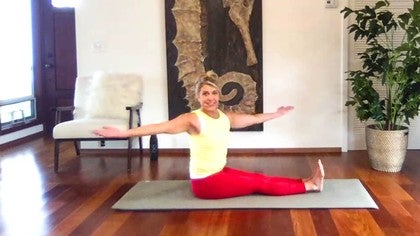 Anna E
2 people like this.
What a glorious way to start a day! Thank you, Kristi, for your energizing company, this class really was a ball! Big smile coming all the way back to you from Sweden!

Maria A
3 people like this.
This was super fun. I've never smiled during the 100s before. I felt like a child or cat playing. Thank you!

Carina H
4 people like this.
Wonderful class. Thank you, Kristi. I loved the back extension exercises in the end. Usually it is very challenging for me to engage the upper back but your cues really helped me to connect today. Thanks so much!

Gillian H
2 people like this.
Awesome class! Thank you Kristi. Loved all the imagery.

Christine S
3 people like this.
Thank you Kristi :) I love your classes and really enjoy your cueing style and commentary.

Kristi Cooper
2 people like this.
Thank you all for joining me!

Laura Anne P
1 person likes this.
This was a really fun class - just what I needed today! thank you

Sook Wern C
Really enjoyed the pace and flow of the class. I know it's your style and I appreciate it, but I did find the chatting and overcuing distracting and confusing at times.

Elaine
Thanks for a great class, I've always loved using the ball
Top Skip to Latest
Showing 1-10 of 31