Grab your Chair and join Jillian Hessel for a creative and challenging Pilates class. This is a full-body class that encompasses all of Jillian's experience and expertise. You will work through a variety of innovative exercises by using the Chair in many different ways. You will target your arms and legs, as well as, your balance and endurance. Return to this class again and again. For the standing work, you can decide how much support of the Chair you will need. This class is not designed for the frail, so if you are unable to do this class, you can try some of our other classes in our Active Aging Program.
What You'll Need: Mat, Table Chair, Hand Weights (2) 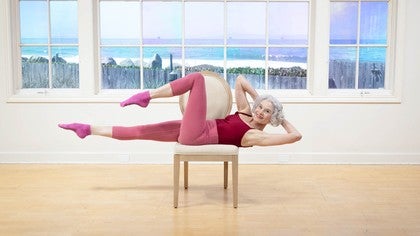 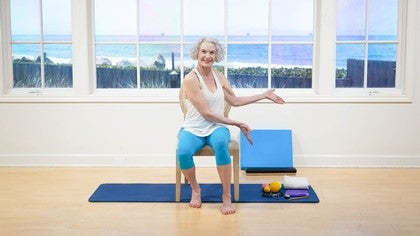 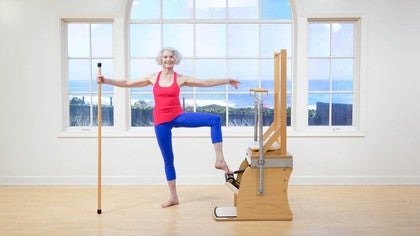 Viera W
2 people like this.
Beautiful class, thank you. Side lying excercises rather demanding for my knees, but it is my problem adequate to my age.
Good morning from Slovakia!

Jennifer E
1 person likes this.
Loving the classes in this series! Thank you so much, Jillian!!!

Lori
1 person likes this.
Loving this series!  Thanks!

Andrea F
1 person likes this.
Wow! Excellent class! The abs sequence on the chair was really challenging. Felt them burning! Thank you, Jillian!

Laury C
1 person likes this.
This is brilliant and fun too!!!!

Sarah H
1 person likes this.
Great exercise! I am 40 years young this workout is timeless and I added extra resistance during certain segments.

Jillian Hessel
1 person likes this.
Thanks everyone for all the great & positive feedback!🙏😀
Top Skip to Latest
Showing 1-10 of 15