Heat on the Mat

Courtney Miller brings, Pilates with HEART, to the Mat! Join Courtney for Heat, a heart-pumping full-body experience. You will move through muscle-toning cardio, challenging jumping blasts, as well as, familiar Pilates exercises you know and love. Courtney cheers you on the whole way through. You got this!

You can take this class with or without your preferred hand weights. Courtney uses 8 lb hand weights.
What You'll Need: Mat, Hand Weights (2) 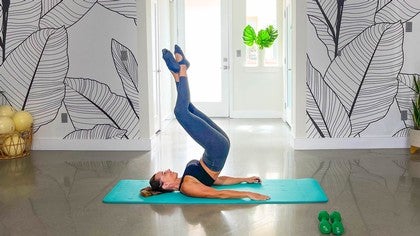 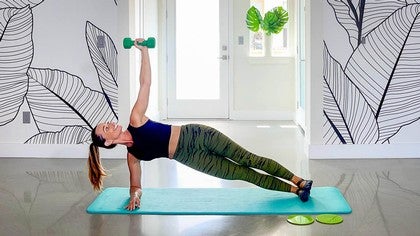 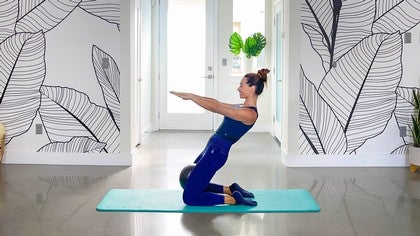 Angela
6 people like this.
Oh my gosh, Courtney! It is so good to have you back with your amazing hiit challenges!! I know the 10 day challenge off by heart by now and am thrilled for the new set of workouts! Heat on the Mat was a killer in the best sense possible! thank you!!

Natalie M
1 person likes this.
Loved this class! Thank you!

Lori
2 people like this.
Love this style class, especially with a heavier weight. Thanks!

Molly B
2 people like this.
Oh my goodness Courtney, this should be called BadAss Pilates!!!!!!!!! I LOVED this. I have been thinking about how I need to incorporate something with heavy weights into my routine. I have no doubt I’m able to do workouts like this with efficient biomechanics because of my knowledge of pilates. So glad this is on PA!

Eva Sengouni
2 people like this.
Love your style Courtney...so happy to have you back with the most heat way... thank you so much...

Susannah R
This was super challenging and I am psyched I made it through! I only have 10lb and 2lb weights, so I used the 10s where possible then switched to the 2s. I did some cool down on my own after the video ended.

Carina H
Brilliant! I just started doing the ready, set, glow videos again because I felt like I needed some more cardio and here you are with five new classes. Thank you, Courtney. I love your classes!