You will find rotation in many places with this creative Reformer class by Mariska Breland. She uses intricate and detailed movements to help you find rotation in your shoulder joints, hip joints, and torso. She balances exercises that will strengthen and stretch your body so you get a well-rounded workout.
What You'll Need: Reformer (No Box)

Go to this Program Playlist
This Video
No Box, Rotation, Strengthening, Creative Oct 25, 2021 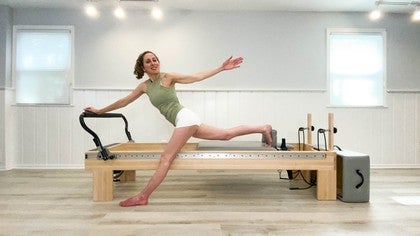 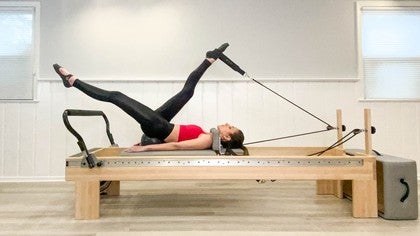 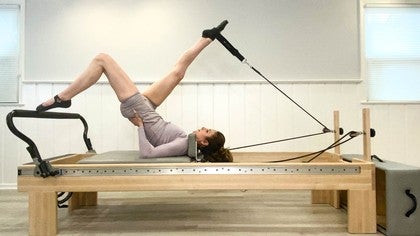 Valerie S
2 people like this.
I love your classes Mariska.  You are very creative.  Thank you.

Elissa D
1 person likes this.
Great, creative movements. I feel great after he class! Thank you!

Michele M
1 person likes this.
Such a good practice!  Loved the side bends, twisting, lateral lunges and hip rotation (great for runners and cyclists too!) Thank you for sharing Mariska!:)

Rebecca C
1 person likes this.
Such a lovely class. Lovely fluid movements that helped me ease out of places I feel restricted. Have added it to my favourites 🙏

Nicola F
1 person likes this.
That felt so nice on my body loved it

Kat D.
1 person likes this.
So many fun ways to rotate, I love it!

Mariska Breland
Thank you! I love rotations and agree that they feel amazing!

Anne P.
1 person likes this.
Rotations are my favorite. Those added to your amazing creativity have made my day :)) Thanks a lot Mariska.
Question: do you know if there has been any scientific research that has looked into the reasons why rotations are so good for the human body and mind? I'd be super interested to know!

Silviah
1 person likes this.
I LOVE the creativity of your classes Mariska, thank you so much for sharing this series!! 💙
Top Skip to Latest
Showing 1-10 of 20