You will feel the burn with this challenging Reformer workout by Courtney Miller! This class, which was inspired by Sara, alternates 3 Reformer circuits and 3 standing floor circuits to work your entire body. She includes fun variations to movements like Plank, Teaser, and so much more!
What You'll Need: Reformer, Weighted Balls (2)

Go to this Program Playlist
This Video
You will feel the burn with this challenging Reformer workout by Courtney Miller! This cla... Feb 28, 2022 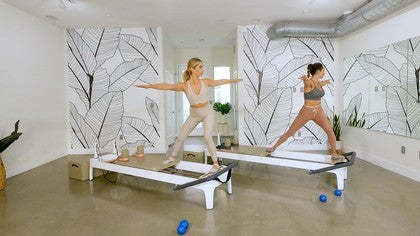 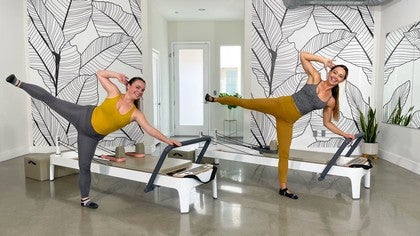 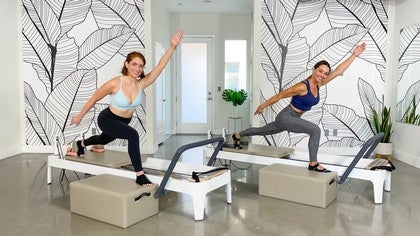 Molly B
Love Love love. I bet Sarah could teach a 🔥 Lunge Series on the front of the reformer. Maybe next time?! And I love the music. Makes me happy.

Rungsi T
Thank you so much for this great and super fun class ,really love it 🥰

Lisa Bower
2 people like this.
I'm a huge fan of Courtney's classes, but had to mute the entire class because I found the music so distracting.  I noticed this is  the second class recently offered w/ music and, honestly, hope this isn't a trend.

Karen W
I loved it ladies!  The music was fine for me, not really additive, but not distracting.  I can't wait for the next in the series.

Paola D
Love it !!! Thanks Courtney and Sarah, I can’t wait for the next class.

Ronit A
Amazing..so miss you.. I feel the change in my body since I do yours classes
Top Skip to Latest
Showing 1-10 of 21