Back to Basics Mat

Go back to the basics with the Magic Circle in this Mat workout taught by Meredith. Using the Magic Circle for special awareness, Meredith focuses on simple movements performed with depth. Remember...the basics are never easy! Enjoy!
What You'll Need: Mat, Magic Circle

Go to this Program Playlist
This Video
Go back to the basics with the Magic Circle in this Mat workout taught by Meredith. Using ... Jan 08, 2012 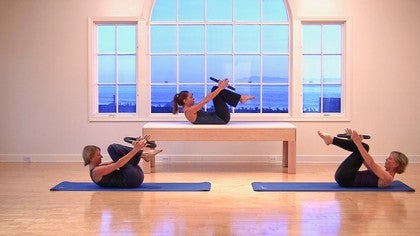 Back to Basics Mat
Meredith Rogers
Beginner
55 min
BASI Pilates®
Mat
Watch Next
Intermediate flow class based on relaxing into movement and having fun doing so. Enjoy var... Jul 17, 2011 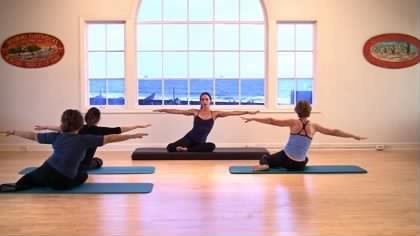 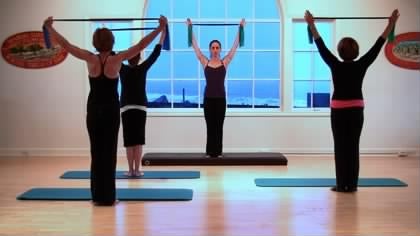 Joni N
1 person likes this.
Now I know! The basics aren't easy at all. I'd never done a Level 1/2 class before...when I joined the online community I watched all the individual exercise demonstrations and then went directly to Level 2 and "progressed" from there to 2/3 and even 3. I knew depth, focus and challenge could be found at any level (having learned that lesson from other sports) but today I really got how that applies to Pilates. Thanks.

Amy T
I agree with Joni! I usually pass up the level 1/2 classes, but decided to do this class after reading her review. I expect to be sore tomorrow!! Thanks, Meredith. You never disappoint me.

Meredith Rogers
Happy New Year ladies....I find when I need the GREATEST challenge I go back to the basics and try to go deeper. Thanks for coming with me!

Joanne H
Great challenge! Your cueing is amazing. Thanks Meredith, learn something new every class I do with you.

Jodie
Loved this. Doing this one again.

Meredith Rogers
So happy to hear from y'all!! Thank you very much.

Ann S
2 people like this.
I have just joined Pilates Anytime and this is the first video I have looked at - Haven't done the class yet but it looks great. If all the classes are as good as this I just know I am going to enjoy Pilates Anytime ahd have done the right thing.Ann Sweeney

Jodie
HI Ann
You will enjoy all the classes. I have taken quite a few and just love them all.

mbrown
Thank you, Meredith, for another beautiful class! As a new member here there are many other teachers I'd like to try but I find myself drawn to your teaching style. Lovely. Just lovely. And I don't know about anyone else, but for me this was deep work! Didn't feel too beginner at all!
Top Skip to Latest
Showing 1-10 of 20