Whether you have back pain or not, your spine will feel amazing after Brent's Mat class. The imagery he uses in his cues will give you freedom in your spine to allow you more control during the exercises. Brent's class will have you singing (literally) while doing the Roll Up and the Spine Stretch.
What You'll Need: Mat

Back Care Workshop
by Brent Anderson

Go to this Program Playlist
This Video
Whether you have back pain or not, your spine will feel amazing after Brent's Mat class. Mar 16, 2013 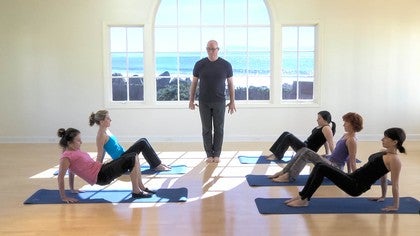 Mat Workout
Brent Anderson
Delib. Pace
Level 1
60 min
Polestar Pilates®
#983
Watch Next
Dr. Brent Anderson is back with his tips and techniques to maintain your healthy spine when working on the Reformer. Feb 19, 2013 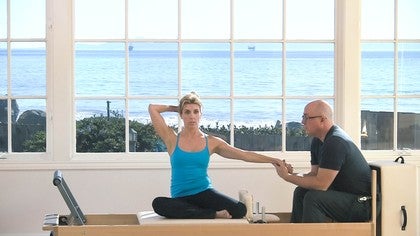 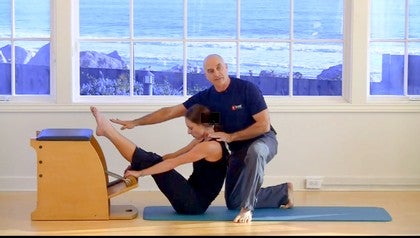 Elizabeth D
16 people like this.
Love, love, love! The perfect blend of imagery & anatomical information. I could listen to Brent for hours! Hoping there may be another workshop on it's way? Please!

Danijela D
6 people like this.
And something not related to the class, but more to the location of the studio...those waves and that glitter in the sea and those people walking along sea is amazing.

JaiFit
4 people like this.
I feel pretty darn good after that!!! :)

Kristi Cooper
8 people like this.
Elizabeth, we DO have a workshop on the way from Brent. He taught a Hip Pathologies and Pilates workshop. It was great. It will be coming out in a month or so. (Julian Littleford is up next in the workshop line up)

Dianne P
2 people like this.
I very much enjoyed this session. Brent has an excellent way of communicating - cues were very good. Thank you very much.

Elizabeth D
15 people like this.
Kristi, you never fail to come up with the goods! How did I survive before Pilates Anytime.....a constant source of inspiration & information! Thank you so much, looking forward to both Julian's & Brent's workshops!

Sorin. B
7 people like this.
He's my top example of being a master on using understandable information for those people with back pain. I appreciate a lot his work of getting to this point of knowledge and he is the best from all at this category of rehabilitation.
Thank you Brent and thank you PA!