Join Rebekah Rotstein in a tutorial for bone strengthening techniques using her Buff Bones® programming. Most people start to lose bone mass in their early to mid 30s so it's important to learn how to maintain and maximize bone mass. Rebekah teaches ways to work the bones by using weight bearing, resistance, and impact work so that the bones are able to support us and protect us.
What You'll Need: Mat, Hand Weights

Go to this Program Playlist
This Video
Join Rebekah Rotstein in a tutorial for bone strengthening techniques using her Buff Bones... Jun 23, 2013 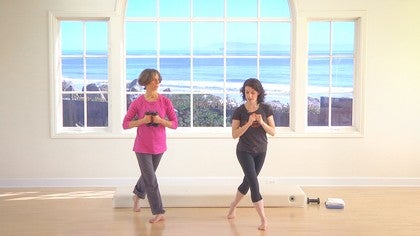 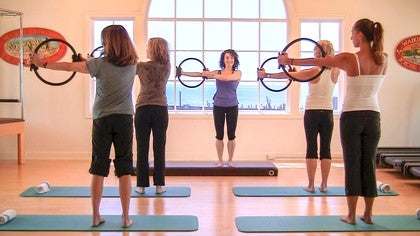 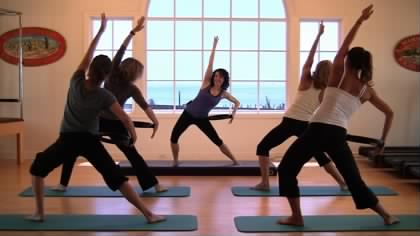 mbrown
1 person likes this.
Thank you, Rebecca! Can't wait to get buff bones for my mum (and me!)

Beth B
3 people like this.
Thank you for a fantastic tutorial. Thought it great that Ruth did not know what to expect and that she offered feedback. Rebekah - your cues were wonderful - looking forward to using these exercises with clients.

Dawn A
1 person likes this.
Really useful and Rebecca you explained everything so clearly and I learned alot from your corrections, thank you

Fiona
Thanks Rebecca, I really liked that we could see you make subtle changes to Ruth's positioning and hear her feedback to you.

Jennifer S
So many gems in this one...thank you! Can't wait to stomp some grapes

Ginger P
Thank you! My first time watching! Some of these exercises will be added to my classes! I do have some older ladies (myself included) in my mat classes at the Y!

Ginger P
Don't know how I have missed this class in the last year! So glad I found it!

Yasha S
Really appreciate this excellent tutorial on bone strengthening! Wondering if you would omit the side lying abduction for clients with Osteopenia or Osteoporosis of the the hips? Thanks!

Rebekah Rotstein
Thanks everyone. No Yasha, this work is specifically designed for those with osteoporosis or osteopenia. The forces generated on the femur in side lying are less than walking in case you're concerned ;).

Jill
Thanks Rebecca ( and Ruth), I have learnt some really useful techniques here and it was great to see the 2 of you working together showing that as teachers we are continually learning....your cueing is brill!!
Top Skip to Latest
Showing 1-10 of 27