Get a glimpse of Carola Trier's sequencing on the Reformer Deborah Lessen, a student and teacher of Carola's. She shares the cues that Carola used and variations of different exercises that she would often give to dancers in the studio. Carola believed that doing your Footwork should be like taking a brisk walk across the Brooklyn Bridge. Some of the variations that Deborah shares are Carola's variations on the Teaser, Arabesque, Cleopatra, and much more.
What You'll Need: Reformer

Go to this Program Playlist
This Video
Get a glimpse of Carola Trier's sequencing on the Reformer Deborah Lessen, a student and teacher of Carola's. Oct 09, 2013 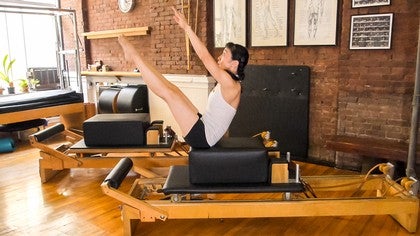 Reformer Sequences
Deborah Lessen
Tutorial
25 min
Pilates History
#1202
Watch Next
Deborah Lessen teaches the exercises that Carola Trier taught her when she was a student and teacher at Carola's studio. Nov 18, 2013 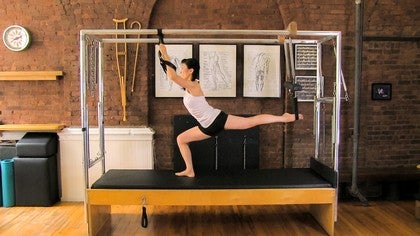 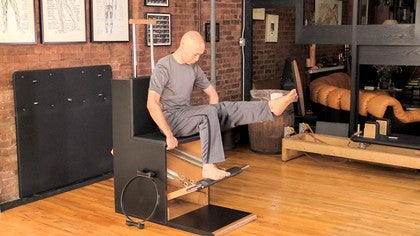 Heikki L
2 people like this.
Absolutely beautiful to watch! Thank you!

Alvaro A
Thank you, woderful class. I love, love it

Lauretta H
Very concise voice over. Excellent technique on the reformer. Thank you.

Colby C
I enjoyed Deborah very much in Tucson this year. It was wonderful to learn more about Corolla and see Yuko move so beautifully. Thank you Deborah.
Top Skip to Latest
Showing 1-10 of 19