Somanaut: Like the astronaut who navigates outer space, the somanaut is dedicated to exploring the inner space of human form.

Gil Hedley is the ultimate trail guide for this journey deep into inner space. As you make your way through the richly textured layers of the body, Gil highlights the quality of relationships between the layers as well as the continuity of the whole form, all while gently encouraging you to question what you "know" about anatomy. Throughout his talk, Gil artfully, but purposefully juxtaposes amazing images of the human form in the lab with beautiful images in nature.

This workshop is for practitioners who have wanted to explore the human body on the level of a dissection but aren't prepared or don't have the opportunity to enter a lab. You can expect to gain new insights about the human body that are sure to impact your field of practice whether it is Pilates, Yoga, or another form of body work.

Sit back and enjoy the expedition! How you approach your clients and your practice will likely never be the same. A strong anatomy background is not required to reap the many benefits of this workshop.

- Look at the five layers of the body, (skin, superficial fascia, deep fascia, muscle, and viscera) in different bodies, to see which layer gives a body its shape

- Learn about the texture of each layer of the body


This workshop was filmed and produced by Gil Hedley. It includes videos and photos of dissections of cadavers (embalmed human donors). You can visit his website for more information about his workshops.
What You'll Need: No props needed

Go to this Program Playlist
Gil Hedley has created the word "somanaut" to describe those who explore the inner space o... Jan 14, 2011 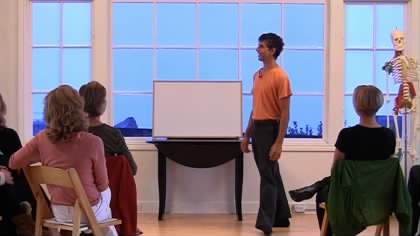 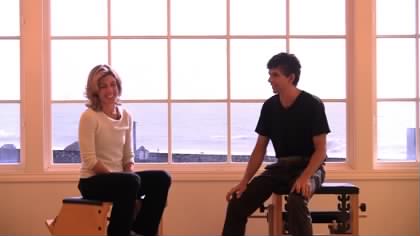 Gil Hedley
Gil Hedley
Discussion
2 hr
Somanautics Workshops, Inc.
Discussion
This Video
This workshop is for practitioners who want to explore the human body by dissection but aren't prepared or don't have the opportunity to enter a lab. May 16, 2014 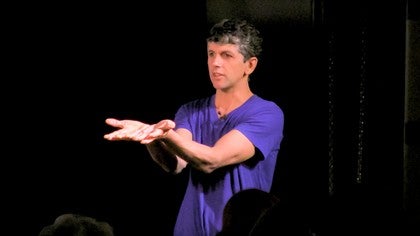 Gia Calhoun
3 people like this.
Nancy ~ Unfortunately this workshop does not offer PMA CECs. I thought this was a very informative workshop and I recommend it even without the CECs. I hope you enjoy this workshop.

Kristi Cooper
8 people like this.
I've seen this talk 4 times in person... Watching it here, again, I am reminded just how much it, as well as your dissection courses have influenced my teaching (not to mention my life). Gil, thank you for sharing your 20 years of experience exploring the human form in a way that fosters deep appreciation for all that we do as Pilates instructors, as well who we are as people.

Bonnie L
2 people like this.
Fabulous!! Awesome!! Thank you Kristi for having this available on PA for us to watch and learn.

I want to share a dream that I had the evening after I watched the deep fascia chapter...I was at the ocean watching these heads pop out of the water and at first they looked like seals, but once they came on land, they turned into a human-like form (sort of like a "gumby" shape) where it was one blended form with head blending into the arms, then the body and legs. When Gil moved the leg and seeing how every part moves (not just a muscle) that just totally stuck with me! The body is truly amazing! Thanks again!!

Laura J
Is there a course that focuses on anatomy (re: origin of muscle / which muscles interact with others etc.?)i.e. major muscle groups of the pelvis, spine, hips, lower extremity and shoulder girdle?

Gia Calhoun
1 person likes this.
Patricia ~ Thank you for your forum post. We don't have a specific workshop that focuses on general anatomy, but we do have workshops that focus on specific parts of the body (e.g. hips, back, etc.). We are planning our workshops for next year, and hopefully we will be able to add a workshop on general anatomy.

Misty M
3 people like this.
I would love a workshop on general anatomy! I'm so excited for this one though too! Def. gonna have to budget this in!! So exciting!

Gil Hedley
5 people like this.
Hi Misty and Laura, this material is designed to give meaningful context to the very abstract concepts of "body parts" and "muscle origins." Taking this workshop will give you a kind of essential, whole body perspective grounded in images from the dissection of actual human bodies which will render the more abstract conceptualizations that you find in books much more understandable and meaningful. Warmly, Gil :)

Amitie K
1 person likes this.
Thank you so much for such a wonderful workshop. I look forward to learning more from Gil.
Top Skip to Latest
Showing 1-10 of 27