It is predicted that one in three adults over the age of 65 will experience a bad fall in their lifetime, and will develop improper movement patterns as a result of painful injuries sustained from falls. In this informative tutorial, Mariska Breland teaches you a number of assessment tests to determine a body's level of proprioception, as well as exercises to increase proprioception. Improve your balance with this tutorial!
What You'll Need: Table Chair, Theraband, Magic Circle

Go to this Program Playlist
Sherri Betz teaches a Pilates workout designed for older adults who lack the mobility to get down and up from a Mat without assistance. Feb 26, 2014 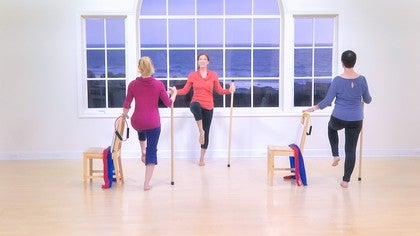 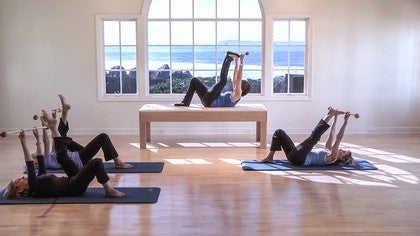 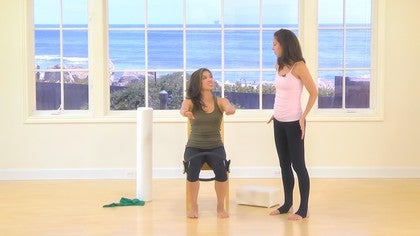 Anna S
2 people like this.
Thank you Mariska! This 20 minutes makes me want more of what you have to offer. I Work a great deal with the 50-70 demographic and your knowledge is articulate and captivating. Thank you for the gift of sharing. Is your workshop available on this site?

Kristi Cooper
4 people like this.
Hi Anna, Good news, Mariska has agreed to come back to PA and teach a workshop on this subject! She'll also teach more classes!

Mariska Breland
2 people like this.
Hi Anna - Glad you liked it! And yes, I'm coming back to teach an entire workshop on it! I do cover proprioception a bit in my Neuroscience and Exercise workshop (available under Premium workshops). I also cover it quite a bit in my Pilates for MS course and textbook. But, the workshop for Pilates Anytime will have a lot of fascinating information and exercises I haven't taught in workshops elsewhere. Kristi - I think we'll talk about World War II's impact on balance research and which deadly poison is regularly used to treat motion sickness on top of doing exercises. Balance is fascinating. ;)

Claire V
2 people like this.
Mariska, you are quickly becoming a pioneering hero to me. Thank you for your excellent work and generous spirit sharing with all of us!

Holly Holland
2 people like this.
Great session. I would love more like this! I have so many clients who need help in this area.

Penny M
1 person likes this.
Mariska, this is the first time I've taken a class under your instruction. I really enjoyed your teaching style and I look forward to finding more of your classes on PA. Thank you!

Helen O
1 person likes this.
Super- so interesting- thank you so much, Mariska

SMLondon
2 people like this.
Excellent content- you're becoming a pioneering hero to me too. As a huge Pilates advocate, I enrolled on your Pilates for MS course the day after I was diagnosed with MS, and the content of your education continues to help me stay one step ahead of my MS symptoms. Thank you and please keep inspiring us all with your knowledge!

Mariska Breland
Thank you - that's so sweet!
Top Skip to Latest
Showing 1-10 of 21