The first time MeJo Wiggin saw Romana Kryzanowska waltzing through the door at the Pilates studio where she trained, she knew she had to meet her. MeJo shares stories about the time when Good Morning America came to film at Drago's, and how she was invited to dinner at Romana's with the apprentices before she even thought about becoming a Pilates teacher. MeJo tells us how Romana was more than an inspiration to her, and how she had a way of making everyone feel special.
What You'll Need: No props needed

Go to this Program Playlist
This Video
MeJo Wiggin shares her stories from her time working with Romana Kryzanowska. Sep 01, 2014 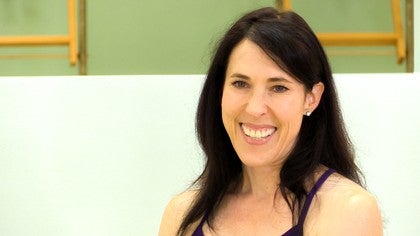 MeJo Wiggin on Romana
MeJo Wiggin
Discussion
25 min
Pilates History
#1761
Watch Next
Amy Taylor Alpers and Rachel Taylor Segel tell us how they found out about Pilates and what drew them to Romana Kryzanowska. Sep 08, 2014 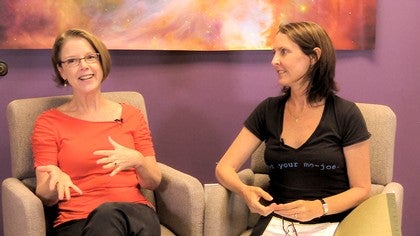 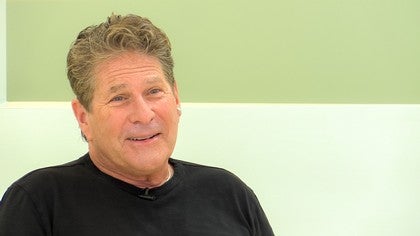 Hydie
Lovely interview. Thank you Mejo for sharing your experiences Romana and Drago's, as well as your candid insight into the development of your teaching career and passion for Pilates. You embrace her sprit, and bring to light the legend many of us have heard about, including the Champagne!
Do you know if the GMA footage still exists?

Mat Work
1 person likes this.
Thank you for sharing your time with Romana. It is only through people like yourself sharing such information that we would ever know such things.
Wonderful and thank you Mejo Wiggin.

Kristi Cooper
1 person likes this.
I am so grateful for you Mejo Wiggin! Thank you for this detailed, fun and enthusiastic account of your experience with Romana. You are definitely passing on her "intangible" legacy with your teaching. I can't wait to share your classes here on PA. Soon!

Molly R
1 person likes this.
Thank you Mejo, just with this interview you are passing down what she has taught you. I enjoy your video you have such an energy.. Looking forward to more of your videos. Hope we get ro meet. Big hug.

Kim P
1 person likes this.
What an incredibly moving interview. Thank you so much MeJo.

Reiner G
1 person likes this.
Thank you so much for sharing your memories of Romana. For those of us who had not the opportunity to meet her, it is so helpful to get more context to the method. Thank you!!!

Glaucia Adriana R
I'm so in love with your enthusiasm! Thank you so much for sharing all these memories MeJo!

Wendy TidalPilates
Thank you for your heartwarming interview about an amazing spirit. Thank you for keeping the classical pilates method alive and for staying true to the method. As someone who would love to learn the full classical method, it is hard to access classical comprehensive training programmes in the UK, I value all that you share on resources like PA. Thank you

MeJo Wiggin
Thanks Wendy!! She really was an exceptional person. If we could only be a little more like Romana, this would would be such a joyous, loving place!

María M
Thank you Mejo for this video. I'd love having met her, and I'd love to be your student right away. I met you in Madrid in Gabriella Sollini studio some years ago, but she didn't let me take a class with you because I was the recepcionist. I'm a Romana's Pilates student now with Javier Pérez Pont. Thanks again!!!
Top Skip to Latest
Showing 1-10 of 11