Brett Howard shares the Asymmetrical Movement Patterning technique that he learned from Romana Kryzanowska. She would work the weaker side, the stronger side, and then go back to the weaker side. He demonstrates this technique with Footwork and Pelvic Lift on the Reformer, and One Arm Pumping on the Wunda Chair.
What You'll Need: Wunda Chair, Reformer w/Box

Go to this Program Playlist
This Video
Brett Howard shares the Asymmetrical Movement Patterning technique that he learned from Romana Kryzanowska. Jul 07, 2014 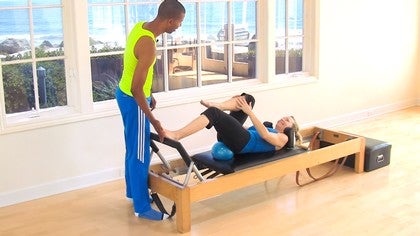 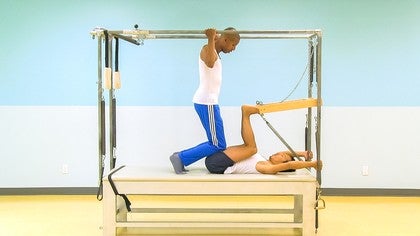 Hands On Approach
Brett Howard
Tutorial
15 min
Pilates History
Tutorial
Kathryn Ross-Nash flows through the Push Through Series on the Cadillac the way she learned from her teacher, Romana Kryzanowska. Aug 18, 2014 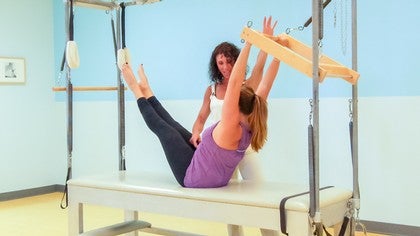 T C
2 people like this.
Enjoyed going this simple yet effective workout. A tutorial on correcting asymmetrical tightness in internal rotators of the hip would be helpful as well- Thank you !

Angel D
2 people like this.
These are wonderful exercises for asymmetry and I know from workshops with Brett this is much harder than it looks. Great job Amy!! Thanks for sharing Brett!!

Leah M
Thank you! I second Taru, above.

Caroline B
This is very helpful. Thank you Brett

Giouli - Georgia S
thank you so much, amazing work! i really admire you Brett as a pilates instructor!